BC Politics on a Knife’s Edge 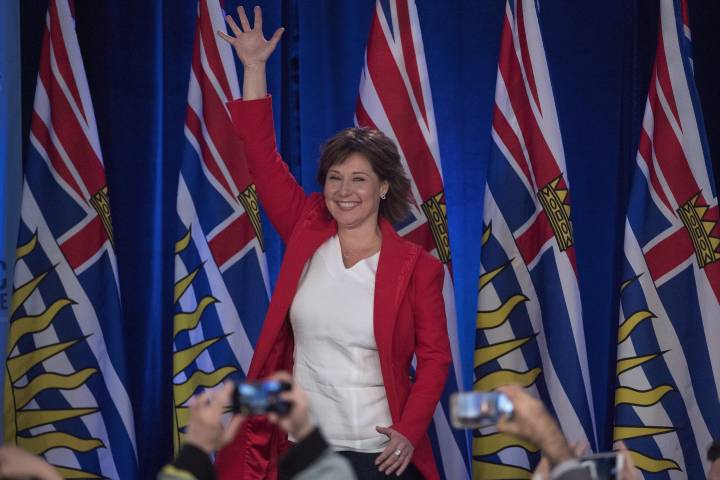 Once again, the BC NDP has snatched defeat from the jaws of victory. After 16 long years of Liberal rule, with their cuts to welfare, scandals in the legislature and privatization of provincial services, the Liberals still remain the power in the land. Christy Clark is still premier, but for how long? Plenty of recounts will take place in the coming days and even weeks, but it appears that BC will be ruled by the first minority government since 1952. Minority governments, particularly ones this razor thin, are inherently unstable.

All the conflicting interests of capitalism that are meant to be channeled well away from public discourse and into the safe and sleepy halls of the legislative assembly will be forced out into the open. All parties know that minority governments don’t live long, and the Liberals, Greens and NDP will all be looking to score some decisive piece of political credibility before what will be an all-too-soon second election.

Can The Liberals Govern?

Even if the Liberals manage to squeak by with exactly 44 seats for a majority they will have to govern under the the pressure of every single vote in legislature counting. Assuming the minority remains, without the support of the Green Party a minority Liberal government is not long for this earth. How the Greens and Andrew Weaver will deal with the Liberals is still up in the air. It’s possible that Weaver will demand a joint Liberal-Green coalition government, maybe even demanding a ministry of his own. Or, he may simply let the Liberals hang on their own for as long as they can. Weaver has been characteristically “pragmatic” about a definitive answer to this question. The Greens will have to be careful about this, lest they end up in the same boat as the Liberal Democrats in Britain who, after supporting a conservative government, found themselves being rightly seen as little different from the right-wing conservatives they had hoped to moderate.

The Liberals might even try to court support from the BC NDP or convince someone to cross the floor. While unlikely to work, at this point no combination of parties/individuals can reasonably be ignored. Whatever sort of Liberal government we end up with in the coming months will be a messy aggregate of whatever is at hand. Once again, this is not a recipe for stable bourgeois governance. On the contrary, the instability of this new Liberal government will only serve to expose the hypocrisy and corruption at the heart of Liberal policy making.

This critical situation throws all the election promises and government plans into the air. All three parties promised infrastructure schemes of one sort or another and now it is entirely possible that all expensive (and contentious) projects from Site C to the Massey Tunnel will be put on hold until someone manages to cobble together a majority and force decisions through. This includes even previously approved projects like the Kinder Morgan pipeline. The Liberals may again play for time, much like they did during the 2013 election. Delays to approval, reconsidering environmental impacts—there are plenty of bureaucratic techniques in the Liberal tool box to ensure they get as little blame and as much credit as possible. Whatever attempt the Liberals make to avoid too much bad press will all, in the long run, be temporary. They’ve shown themselves to be willing to “have a second look” at any approval process, but always with an eye towards inevitable approval. Christy Clark’s goal now is to hold the line as long as possible and wait for an opportune moment to force a snap election.

Why Did the BC NDP Lose… Again?

The BC NDP was, again, set to win the elections in British Columbia, polling consistently higher in the lead-up to and during the first period of campaigning. There is significant hatred for the 16-year-long rule of the corrupt and openly corporate-aligned BC Liberals. British Columbia’s disgust with the Liberals, however, did not translate into a mandate for the NDP or anyone else. Indeed, it seems that, at best, it ensures what John Horgan refers to as a “strong opposition”. Unfortunately, even though they came in second and the Greens have made major gains, the leadership of the BC NDP are taking this election as some kind of mandate, with Horgan even claiming British Columbians voted for “change”. It’s reminiscent of the previous federal defeat and the speeches Tom Mulcair gave praising the party and congratulating everyone for their hard work. Horgan would be well-advised to remember what the membership did with Mulcair not long after that similar “victory lap”. Optimism, even in the face of defeat, is farcical and only builds further resentment and confusion amongst the membership. What’s needed from the BC NDP is not a pat on the back but a sober reckoning of accounts.

One possible reckoning might be found in the vote split between the Greens and the NDP. Surely here, with two leftish parties fighting for the same voters, this should explain the loss. However, there are two major problems with this thesis. Firstly, it’s not at all clear who the second choice would have been had Greens simply not existed. Some would have held their nose and voted NDP, but others would have done the same for the Liberals or simply not voted at all. This leaves those wishing to make the case that a split vote lost the NDP this election with nothing but their own hearsay. Certainly, considering how dirty this election has been, it’s no surprise that many NDP supporters looked at the Greens as something almost akin to a Liberal conspiracy of some sort. That kind of poisoned thinking leads nowhere and serves to alienate people who sincerely believed the Green Party was the better choice. Secondly, and more importantly, the whole issue of vote splitting is an apolitical dodge. Elections are won or lost on the basis of politics, not technicalities. Now clearly, with some seats separated by only a handful of votes, it would appear that technicalities might play even a decisive role this time. But that would be to mistake accident for necessity. The reason we are in a situation where accidents may decide elections at all is not because of the strength of the Green Party, but instead, the weakness of and distrust of the BC NDP. The NDP treats voters the same as it treats its members—as though they are just another part of the election machine. The NDP conducts little outreach between elections and its democratic institutions are as inviting as a bare concrete wall.

While the NDP did present some left reforms, including 94,000 units of social housing, these represent a modest shift to the left. The party is still perceived as an establishment party, due to its past history of campaigning and governing to the right; however, the Greens are able to fill that credibility gap and gain accordingly. People have no faith that the NDP would carry out its minor reforms—even if they sounded good on paper. The one fact we can plainly see from this election is that whatever the sincerity of the soft-left rhetoric coming out of the NDP as compared to 2013, it still did not inspire. The province is facing a housing crisis, child poverty, and fentanyl deaths. A strong socialist critique of capitalism as the root of these crises could have made for a massive shift in support. Fentanyl alone killed 931 British Columbians in 2016 and is looking to claim even more lives in 2017. Yet facing a crisis in which thousands will die, no major policy was proposed by the NDP, only the appointment of a special minister who would receive no new funds.

Any policy wonk can sift through the NDP’s platform and find what they want to see, good or bad. But what the workers and youth of BC will be inspired by is not a 300-page white book in which every dime is accounted for, nor campaign focus group talking points. What inspires, what has always inspired people, are clear principles and strong links to the community. So long as the BC NDP continues to act entitled to our votes and myopically focused on electioneering, fewer and fewer will trust them to really care about British Columbians and the Green Party will continue to be seen as an other plausible gamble for change.

Given the general political instability around the world, the BC election represents something of a microcosm for the major tendencies trying to grapple with the ongoing crisis of capitalism. As it stands all are at an impasse. Socialism represents a way out of the political loggerheads we find ourselves in—but by addressing the root causes of poverty, it is also more and more the only practical political response to the world we live in. When the NDP adopts a clear socialist platform, it will no longer be struggling to get its point across or to find people willing to fight and win. With another election hanging over everyone’s heads, it might seem like now is the worst time to propose some radical change to the party “message”. But it’s not a question of what would be convenient; it’s a question of what can actually work. The old message of middle-of-the-road moderation has failed, again and again. It will continue to do so.

Whether the minority holds or we face another majority government, if it is the intention of the BC NDP to actually help the working class and youth of this province, it is only through socialism that the building blocks of a better world can be found. Socialist politics not only offers a mechanism for winning support and thereby winning elections. More importantly, it declares the much more revolutionary principle that the working class of British Columbia and of the whole world can run all of society ourselves without any reference to capitalists, bureaucrats or even our “new” Liberal government.