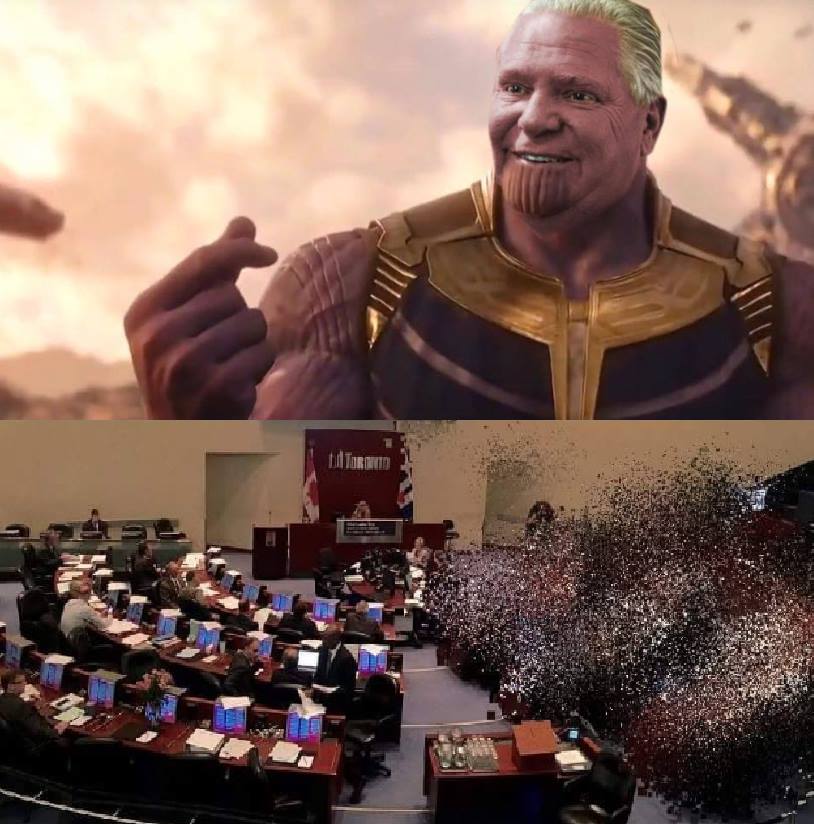 In the latest in a series of attacks against workers and the poor in Toronto, Doug Ford has announced he will table legislation to slash the number of city councillors nearly in half, from a proposed 47 to 25. This announcement comes halfway through the ongoing municipal election campaign and mere months in advance of Toronto’s election day.

Ford’s decision, which will bring Toronto’s ward boundaries in line with provincial and federal ridings, will nearly double the number of Toronto residents represented by each councillor. The change will also reverse a previous decision to add three extra downtown wards, which would have increased the total number from 44 to 47. The proposal to increase the number of wards was made after a four-year long consultation process that determined the new wards were necessary to correct an imbalance that skewed representation in favour of suburban city councillors. That same consultation rejected a 25-seat plan because Toronto’s downtown would not have enough representation.

Notably, downtown has also traditionally been the stronghold of more left-leaning councillors. York University professor Roger Keil said, “This is gerrymandering: changing political boundaries in order to favour the party in power. It is a very blatant attempt to change the rules of the game so the opposition can’t win.” This idea was echoed by the most rabid reactionary on city council, Giorgio Mammoliti, who said that as a result of the proposed change, “There’s going to be less left-leaning politicians in the City of Toronto. That means it’s a great thing.” It couldn’t be more clear that this decision is an open attack on the left-wing opposition in City Hall and a clear attempt by Ford to consolidate his rule over the most populous city in Ontario, ensuring his anti-worker policies will be efficiently carried out at both the provincial and municipal levels.

The decision to slash city council seats comes straight on the heels of a string of callous attacks on workers and the poor in Ontario. In his first month in office, Ford has axed $100 million set aside to fund desperately needed school repairs, stripped threadbare the welfare program, and, in a particularly disgusting display of open reaction, cut funds from provincial mental health programs and diverted them to the police in the wake of the Danforth shooting.

Ford has also incensed a number of bureaucrats and politicians at City Hall, including Mayor John Tory, who quickly characterized the change as an attack on the democratic rights of Torontonians and moved a motion for a public referendum on the issue, which was supported by many other city councillors.

However, when faced with the most pressing problems facing Toronto workers, such as the urgent need for affordable housing, a reliable transit system, or widely available child care, Tory is nowhere to be found. He actually campaigned on the promise of a reduced number of city council seats, and even voted against the proposed three-seat increase. Just this February, when confronted with a crowd of peaceful demonstrators demanding funding to end the homeless shelter crisis, the council had them forcibly removed from City Hall by police—it seems the Mayor himself knows a thing or two about attacking the democratic rights of citizens!

When faced with real and pressing problems facing Torontonians Tory is slow to react. However, when faced with a directive from above in which he has no say, the alarm bells ring. These are not the actions of an honest civil servant concerned with the rights of his electorate. They are the cynical calculations of a politician who is perfectly content with waging war on workers—as long as he is the one drawing up the battle plans.

Several city councillors poured scorn on Tory’s motion for a referendum. Councillor Kristyn Wong-Tam said, “What good is a referendum? That is a meek response. You can’t respond meekly to a bully from Queen’s Park.” She and other councillors have taken up efforts to mobilize their constituents and mount a legal challenge to the decision, which is to their credit. But one wonders what these councillors were doing when Ford fired the opening shots of his war on workers and youth, which will affect hundreds of thousands in Toronto. Fighting these attacks will require a concerted mass movement. City councillors have considerable influence that could help build such a movement. That these councillors chose to begin their campaign against Ford precisely at the moment when their own jobs were put in jeopardy has not gone unnoticed among many workers in Toronto.

It has become abundantly obvious to many that there is a degree of bureaucratic excess at City Hall. The council has for years presided over the steady erosion of funding and social services, and Toronto’s wealthy and propertied elites wield tremendous influence over municipal politics. These factors have sown distrust among a sizeable layer of workers.

In the legislature, Ford announced, “We don’t believe in bigger government. We don’t believe in more politicians or more bureaucracy. We’re going to make sure the City of Toronto finally runs more efficiently.” Ford’s strategy is to take pot-shots at the city council bureaucrats in order to win over disaffected workers who correctly see their representatives governing in the interests of Toronto’s bosses and bankers. 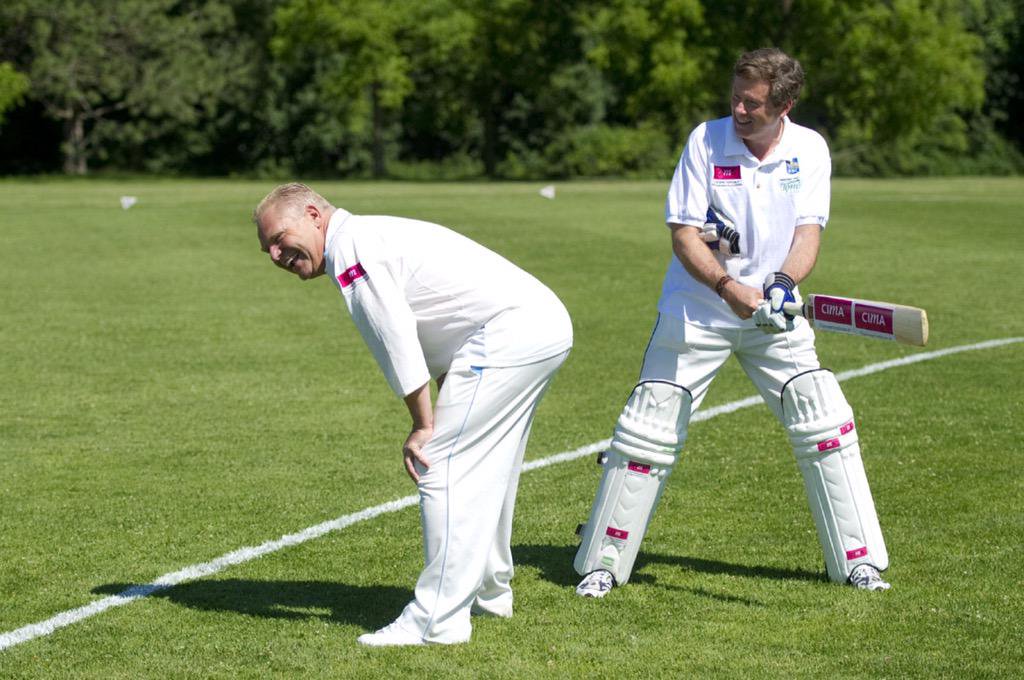 But Ford’s decision to cleave city council in two will only make things worse. The reduced city council size will severely restrict the lines of communication that communities have with their councillors, and it will likely eliminate a section of left-leaning councillors that form an opposition, however weak, to attacks on workers and youth from the right. Moreover, the budget for city councillors is only $23 million, which is a tiny fraction of the city’s total operating budget of $13 billion. Any funding that is redirected as a result of savings from halving city council will be a mere drop in the bucket. Nor will it improve the lot of impoverished rural Ontario communities, who stand to see their suffering increase substantially when Ford’s austerity comes into full effect.

The real reason that social services are in decay, in both Toronto and rural Ontario, dates back to the governments of Jean Chrétien and Mike Harris, who downloaded billions of dollars in funding to municipalities as a way to balance their own federal and provincial budgets. The effects of these cuts are still felt today. The fundamental cause is the system of capitalism in crisis: when the bosses and bankers are unable to turn a profit, they lean on their government representatives to claw back gains that were won by workers in periods of prosperity.

The obvious solution to these problems requires funding for improved social services in Ontario to be uploaded back to the provincial and federal levels. The organizations of the labour movement must not be content to simply oppose Ford’s austerity, but to build a mass movement capable of fighting for extensive improvements to affordable housing, public transit, child care, and other essential public services.

A mass movement would also be a sorely needed corrective to the bureaucracy that has accumulated at City Hall. The leadership of the municipal trade unions must mobilize their membership in advance of the upcoming election to elect workers to council that represent the interests of workers and youth. Such a council could coordinate with community groups, labour councils and residents to advance a program for massive improvement to social services that are tied to the creation of good union jobs. It would also need to demand that the provincial and federal governments fill in the funding gaps. This could attract large amounts of enthusiasm and support from the working class who would see city council genuinely representing their interests.

Ultimately, the best and most permanent cure to the bureaucracy would require measures to ensure lasting democratic control from below. It is imperative that city councillors are paid no more than an average city worker (unionized with CUPE 79, for example), to ensure that the interests of the councillors are the same as those of the workers they represent. Workers must also be able to recall their elected representatives, so that any councillor that is not representing the needs of their constituents can be removed and replaced immediately. In this way, city council can be held accountable and work in the interest of the working class majority instead of the Bay St. minority.

Ford is threatening the workers with an austerity program that will make Harris’ “Common Sense Revolution” of the 90s look like child’s play. The workers must respond in turn: with a mass movement against Ford’s agenda, combined with a socialist program that can solve the problems of capitalism in crisis. An organized working class is the only force that can seriously challenge Doug Ford. And there is no time to lose.