Alberta and the “phoney” class war 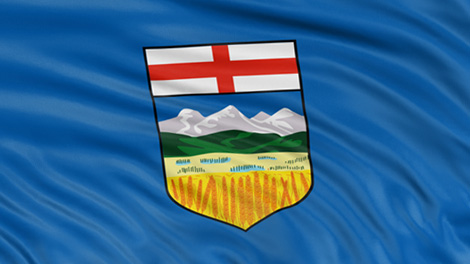 For Britain, the Second World War started with what was called the phoney war. The real war was happening to people in other places, but in Britain, all was as usual.

This illusion was all too soon shattered as the real war engulfed Britain, Europe, and the world, with all the horrors it contained for working people.

For many Albertans, the recession following the banking collapse of 2008, which shook the province with unemployment and a host of cuts in services, seems to be a thing of the past.

Gone are the closure signs, replaced by signs that say, “Now hiring”. The oil patch and its service industries are gearing up, training hundreds of new recruits to replace the trained experienced workers who, with their families, were forced by the recession to move on.

Such are the workings of capitalism.

The local media now informs Albertans that all is well here in the best of all possible worlds. They espouse the idea that Alberta has the advantage of hard working people compared to other countries, and even other Canadian provinces.

As usual, the ruling class uses the tactic of divide and rule.

The media portrays the private companies that control the tar sands as responsible providers of employment who are concerned about the environment. Any criticisms of their profits or pollution are deemed to come only from uninformed sources outside of the province.

Alison Redford, the new Conservative leader, promises that Alberta will ride out the storm of a new recession, the threat of which is blamed on Europe and Greece in particular. They argue that the oil companies are committed to long-term investment, which makes Alberta safe.

The tar sands are only profitable while oil prices are high. Investment would be withdrawn if the price of oil tumbled and the capitalists would move their funds to other means of making profits.

Oil companies do not exist to provide employment or oil in Alberta, or anywhere else; they only exist to make profit.

The phoney war in Alberta, as far the Tories and their masters are concerned, means cutting the living standards of workers whilst maintaining an outward appearance of growing prosperity. The ever-burgeoning personal debt mountain of course fuels this misconception but debts eventually have to be repaid.

The gap between rich and poor in Alberta is growing at an extraordinary pace. There are now officially 73,000 children living in poverty, as compared to 53,000 this time last year — this is a 40% increase in the space of one year.

The illusion of Albertan prosperity cannot last; class war has been declared by the ruling class worldwide as they attempt to save their ailing system at the expense of the living standards of working people. There will be no exceptions.

Workers in Alberta, just like those in the rest of Canada, are finding it increasingly difficult to pay their way as inflation outstrips pay packets, which remain, for the most part, stagnant. The latest official inflation figures for Alberta are the highest in the country at 4.3%.

The occupation movement has surfaced in Edmonton and Calgary much to the dismay of those who wish to keep a lid on any suggestion that Albertan youth and workers are willing to resist cuts or increased education fees.

The protesters have been successful because they have changed attitudes in Alberta and other places in the world by focusing attention on the enormous disparity between rich and poor. It is not just the recession that makes people dissatisfied it is the glaring unfairness of the capitalist system.

The young, who are a barometer of society, have started these protests, however, the participation of workers, and in particular trade unionists, is of the utmost importance.

Consciousness lags behind the objective situation. People are creatures of routine and habit who hope that the boom will return. They also see that all around them the world is changing and they are feeling the effects on their own lives.

There is seemingly little or no change for many years, even decades, then massive events can occur in a short period of weeks, days, or even hours. The most recent examples are the revolutions in North Africa where the dictatorships of 40 years were overturned in days.

This is coincidently almost the same amount of time that the Tories have been in control in Alberta.

New Tory leader Alison Redford and company blunder on, oblivious to the consequences of further deregulation and privatization.

Despite the wishes of the Tory hierarchy, who need a popular leader, she will run into the same contradictions, increased by the world crises, that made the last leader, Ed Stelmach (Steady Eddy), unpopular.

The growing pressure has already split the Alberta Tories with the formation of the right wing Wild Rose Party and a growing left-right divide even within the Conservative Party proper. The recent Tory leadership contest was particularly acrimonious.

The laissez faire move by the federal Tories to dismantle the Wheat Board is another step toward removing any elements of planning or control in our society. This will be an advantage to the big corporations and a threat to small farmers. It has angered many in the farming community which has been one of the mainstays of Tory support in Alberta.

The Wheat Board gives small farmers an element of stability; the threat of its removal has pushed many of them into organizing public demonstrations in its defence. (Also see, “Defend the Wheat Board; protect Canadian family farmers”)

The Alberta Liberals, despite having ex-Tory MLA Raj Sherman as their new leader, are going nowhere. Sherman is a doctor who gained a certain amount of notoriety when he stood up to the Tory bigwigs over health care. All the opposition parties including, opprobriously, the leadership of the NDP, were falling over themselves to sign him up.

The door is open for the NDP to become the focus for workers and their families if they are given the correct leadership, this means fighting on a socialist program that calls for the nationalization of the oil sector, major industries and banks under democratic workers control and management.

The provincial election in Saskatchewan demonstrates how not to fight. Despite being the home of the NDP and the legacy of the recent federal “Orange Tide”, the right-wing Saskatchewan Party was reelected by a massive majority.

Once again the advantage was lost. Instead of campaigning on a socialist program explaining that the recent oil based upturn in Saskatchewan will not last in the face of the gathering world recession, the NDP stood mainly on increasing the royalties from the oil companies.

A strategy of trying to run the capitalist system better than the capitalists is doomed to fail, as demonstrated by previous NDP governments in British Columbia, Ontario, and Saskatchewan.

Saskatchewan workers understood that if royalties were increased, in any meaningful way, the oil companies could simply withdraw their investments taking the jobs with them.

In Alberta it is not sufficient for the NDP to be run from head office concentrating only on elections. If the NDP is to grow, the constituencies must hold proper meetings where the membership can exercise democratic control over, recruitment, party policy and the leadership.

Conditions determine consciousness, in the coming period as the crises deepens, with inevitable ebbs and flows, there will be no shortage of workers coming forward who will be open to the idea of a socialist transformation of society.

The NDP must become the political voice of organized labour, which is the reason it was established in the first place. It must return to its roots that are enshrined in the Regina Manifesto.

Although dated with the passage of time and idealizing the institutions of the bourgeois state, this document is light years ahead of anything that the NDP leadership endorses at the present time.

The crises of the system means that the capitalists are compelled to attack the living standards of the working class who, in return, will be compelled to fight back.

Events will transform the workers organizations from top to bottom.

The façade of prosperity in Alberta represents a phoney war that will not stand the test of time.

Keith is a resident of Red Deer, AB.