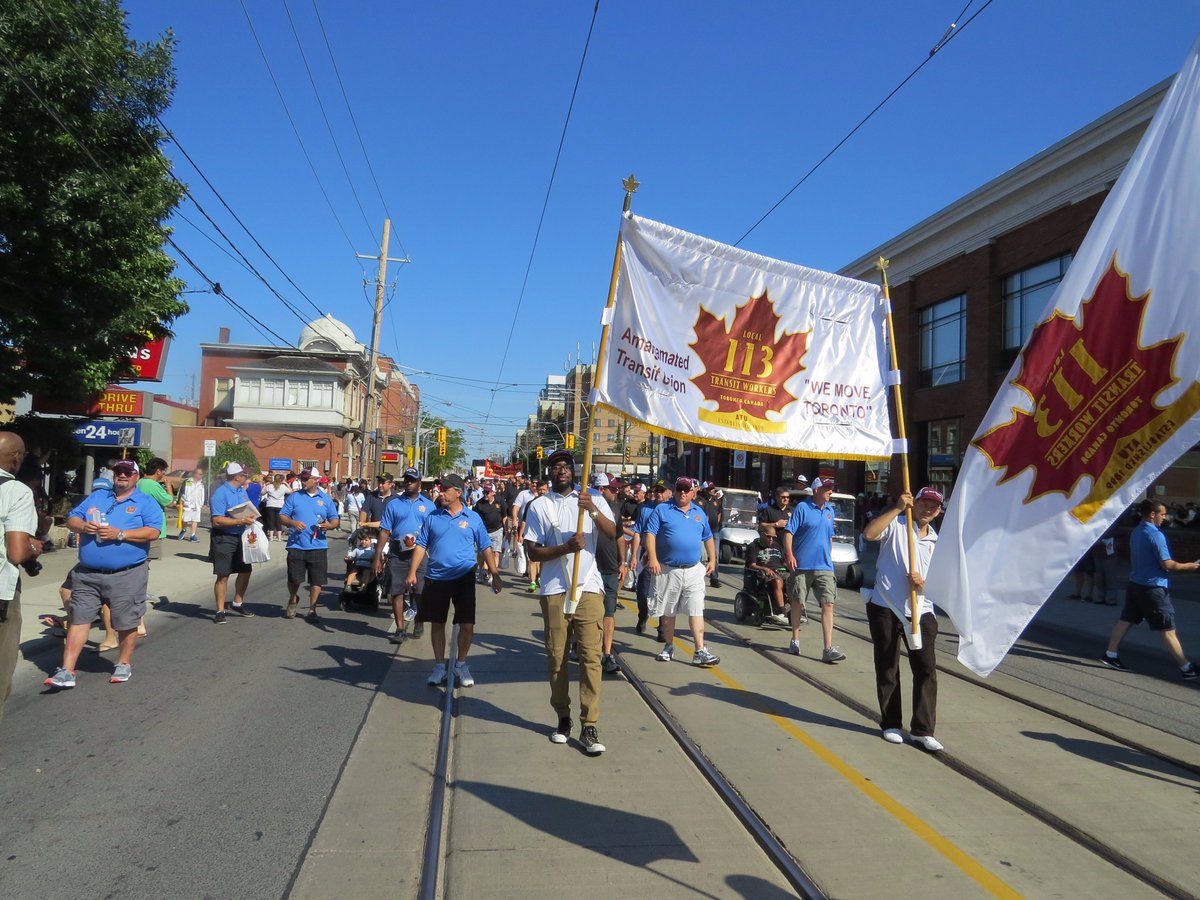 Workers of the Amalgamated Transit Union Local 113 turned out this past Oct. 4 to elect a new set of leaders. It was hoped through this election that a new executive board would be able to pull us out of the internal crisis of disaffiliation and trusteeship the local has experienced over the past nine months, and at the same time push us forward in the direction of unity, accountability and a no-concessions approach that will be necessary in upcoming contract negotiations with Toronto Transit Commission management. An increased voter turnout roughly ten percent higher than the previous election showed this desire for change, as did the election of several candidates outside of the union’s established inner circle, including for the position of vice-president. Rank and file ATU 113 members should welcome this as a positive development, but at the same time should be aware that the need to organize among the grassroots remains as pressing as ever, as it is an important means by which to hold this new leadership to account.

The election itself was of an interim nature and was made necessary as a result of the resignations of four executive board members flowing from the failed attempt to orchestrate a raid with the connivance of Unifor in February. Both the presidency and the vice-presidency of the local were up for grabs in consequence, rendering this election as important as any regular election. The vote for president was hotly contested. Carlos Santos, running as an outsider on a platform of no concessions, principled unity, and increased democratic rank-and-file control in the running of the union, lost to establishment candidate Frank Grimaldi by a mere 19 votes.

The loss for Santos was partially a result of his perceived lack of experience, which to some extent was true due to the fact that he had not previously been elected as a shop steward or executive board member. The more important factor, however, in this author’s opinion, were the undemocratic election rules that served to give a clear advantage to establishment candidates. These candidates, for example, were able to use their networks of loyal shop stewards and board members to promote their candidacy via word of mouth. Opposition candidates, by contrast, due to rules prohibiting any sort of campaign literature, media or social media usage other than the distribution of business cards with basic contact information, had to directly connect with as many rank-and-file workers as possible by themselves on their own time. In a local of 11,000 members and with a campaign period that is only a month long, this was without doubt a Herculean task, and it is in light of this that such restrictive election rules make absolutely no sense other than to provide an advantage to the status quo against potential challengers. For Santos to have lost by only 19 votes in spite of these obstacles shows that the desire for change among the membership was powerful.

Those of us involved with the ATU 113 Grassroots Members for Change group participated actively and independently in the election campaign, distributing a leaflet highlighting the important issues that all candidates should be able to address. The goal of this work was to connect with rank-and-file workers, increase interest in the campaign, and ultimately to increase the participation rate in the vote. We handed out leaflets at five separate properties throughout the campaign, focusing most on the bus divisions where many junior bus operators are concentrated. This was a conscious decision, as the most recently hired are typically the most ignored, yet ironically have the most at stake in terms of their future within the company. We were generally well received at every property we visited during the campaign, and do believe that our efforts contributed in some degree to the increased voter turnout overall.

Looking ahead, there are important upcoming contract negotiations in the new year which our newly elected executive board will be tasked with leading us through. There is a possibility that TTC management will ask for significant concessions this time around and be unwilling to budge on their demands. In light of this, it is important that our leadership goes into the negotiations with a principled attitude against making concessions on the issues that matter the most – job security, pensions, benefits and unity (no two- or three-tier contracts!) – and is willing to do whatever it takes to fight to protect these in the process.

In addition to protecting what we’ve won in the past, our new executive board must work proactively as well to reach out and get more rank-and-file workers participating in the democracy of our union. Attending monthly meetings and volunteering on committees, for example, are ways by which more of us can become aware of what is going on and also become practically involved in the running of the union, and this can only but serve to make us stronger. We must also meaningfully connect and build links of solidarity with the wider transit riding public at large. External campaigns, rallies and town halls for improved public transit , workers’ rights and so on could serve as a means by which to convince the broader working class that we are fundamentally fighting for the same things as them. By showing in practice that we are willing to stick our necks out for them, they will in turn show solidarity when it is time to fight for our own specific issues, and it these types of broad-based class solidarity actions that form the backbone upon which the Canadian labour movement has been built in the past. As a starting point for now, we need to repair and rebuild our relationship within the existing bodies of the labour movement that were damaged as a result of the controversy with Unifor. If it was the case that the leaderships of the Canadian Labour Congress, Ontario Federation of Labour and Toronto and York Region Labour Council were prepared to sit idly by or even actively facilitate a Unifor raid, then the solution is not to withdraw our affiliation dues from these bodies as we have done, but to take the fight to them and argue for a change in leadership such as the one we have just experienced.

If our new executive board happens to fall short in any of these important areas, and particularly if a sell-out contract is negotiated next year, I should conclude by mentioning that the regular triennial elections are only just over a year away, and this board can and will be held to account at that time. While it was a welcome development to see the change of names and faces that has occurred with this election, it now needs to be followed up with change in action. The 11,000 workers of ATU 113 will be satisfied with nothing less, and if they are disappointed, then new names and faces will likely emerge a year from now that are much closer to the actual interests and desires of the membership, and they will in turn be given the opportunity to succeed where their predecessors have failed.