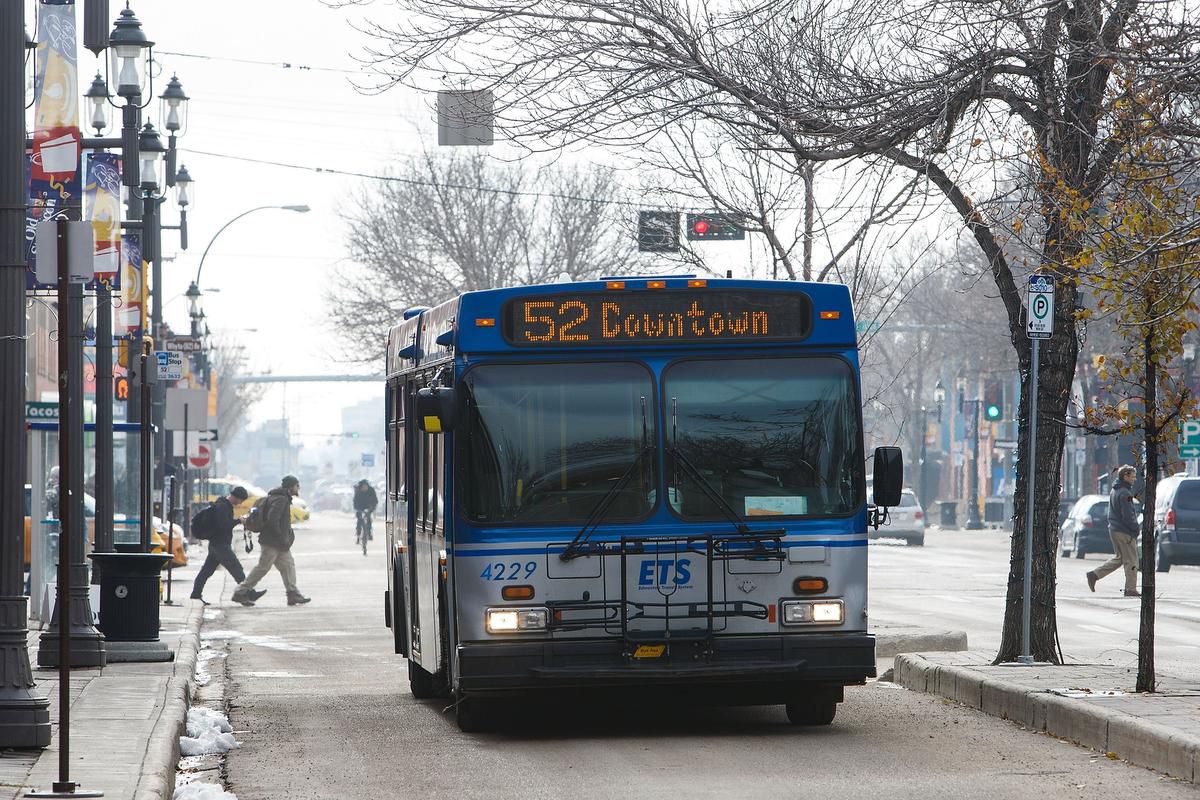 Within a few years, the cost of public transportation in Edmonton could be the highest in Canada. The city council has brought forward a plan to increase the price of a single bus ride from $3.25 to $3.50 in 2019, $3.75 in 2020, and $4.00 in 2021. This amounts to a 25 per cent increase in just three years. Such a drastic increase will negatively impact many workers who rely on public transit to commute to and from work and go about their daily activities.

According to the 2016 municipal census, almost 15 per cent of Edmontonians use public transit to get to work. The proposed bus fare increases will make public transportation less and less accessible for many workers. The last time the transit fare was increased, from $3.20 to $3.25 in 2016, ridership was estimated to drop by 430,000 rides in the ensuing year. Lack of ability to afford public transit means reduced mobility and increased social isolation for low-income workers who cannot afford a car, which in turn can have negative impacts on mental health and reduce access to employment.

Conveniently, Edmonton city council did not commission a study to look into the anticipated effect on ridership that this proposed increase will have. Based on the estimate from the previous study, we can be quite certain that this fare increase will lead to a significant drop in ridership.

We are therefore faced with a vicious cycle. Increased fares do not necessarily translate into an increased revenue for the Edmonton Transit Service (ETS), as the number of people who use public transit decreases. This short-sighted measure only worsens the situation for those who rely on public transit as their main mode of transportation.

At the same time that fares are being increased, bus services are also being cut. Earlier this year, the city proposed to “overhaul” Edmonton’s bus routes, which in effect will cut the number of bus routes in half from about 200 to approximately 100 routes. The city claimed that this overhaul was done to increase transit efficiency. However, even the ETS’s own directors have contradicted this view. According to Sarah Feldman, ETS Director for Planning and Scheduling, “The challenge for transit is we can’t provide service—we can’t be everything to everyone with a limited budget.” [Our emphasis] The city is running on a very tight budget, and like all levels of government, the City of Edmonton is now forced to offload these budget burdens onto the working class.

Public transit is becoming not only increasingly unaffordable, but also increasingly inaccessible to many workers, with more and more working-class neighbourhoods cut off from public transportation services. Many workers are left with no other option than to spend a big portion of their income on purchasing a car, with all its associated costs (gas, insurance, and maintenance).

For Canadians, the second-biggest monthly expense after mortgage payments or rent is transportation. According to data from the Canadian Urban Transit Association, “middle-class” households spend approximately 20 per cent of their after-tax income on automobile expenses. Meanwhile, riding public transit costs 10 times less than owning a car. Unfortunately, as fares become more expensive and bus services are reduced, this forces more and more workers to depend on private automobiles for transportation.

Increased car usage also does not bode well for greenhouse gas emissions. Study after study conclusively show that public transportation is one of the most effective strategies to deal with climate change. A 2016 study commissioned by the City of Edmonton found that funding public transportation actually leads to much greater savings. The study estimated that public transit saves the city about $700 million by reducing congestion, collisions, parking demands, and environmental effects. Despite this evidence, the council is still moving ahead with their short-sighted plan to increase transit fares.

This transit fare hike is part of a series of austerity measures that the city is putting forward to balance the budget. Three swimming pools and an arena in central Edmonton could potentially be closed. Other cuts include less frequent garbage pickups, reduced operating hours for a number of services such as public washrooms, cutting back late-night bus services, and more.

Mayor Don Iveson, following the release of the budget proposal, admitted that this is the “hardest” budget he has seen in a decade. Outlining his plan, Iveson said: “We’re going to make prudent decisions about reductions that really make sense, rather than do political theatre with a machete just for show.” Nice-sounding words about “prudent decisions” do not change the fact that most workers in Edmonton will only see the machete.

The limited budget that city bureaucrats and council members cite as the reason for these cuts is partly the result of the economic crisis that the province is going through. Gone is the oil boom that ensured high revenues which filled the city coffers. Furthermore, since the 1990s, federal and provincial governments, in order to balance their books, have increasingly offloaded the cost of billions of dollars of public services onto municipalities. For instance, in British Columbia a study (Who’s Picking up the Tab?) shows that between 1995 to 2014, federal and provincial per capita transfers to B.C. local governments declined by $4 billion. This trend is evident across Canada. There are also many “indirect” offloadings. Social service cutbacks from other levels of government are showing up as social problems that strain other services that municipal governments are responsible for. Local governments find themselves dependent on two very limited revenue sources, property taxes and user fees, to fund an increasing number of public services. Furthermore, both of these revenue sources are generally more regressive than personal income tax, meaning they impact ordinary workers the most.

Politicians and government bureaucrats at all levels often say that there is not enough money to go around, and hence they are forced to implement cuts. The hypocrisy of this claim is shown by the fact that time and time again, there always seems to be enough money in the government coffers when corporations are in need. The federal government was quick to find $4.5 billion in their strained budget to buy the Trans Mountain pipeline in order to shield Kinder Morgan from heavy losses due to the project delay. Alberta Premier Rachel Notley somehow stumbled upon $2 billion in her budget to commit to an “indemnity pool” that will insure Kinder Morgan against unexpected costs resulting from the B.C. government’s opposition to the pipeline, even as she cut provincial transfer payments to Edmonton by $61 million annually for the next three years. It seems that everyone is asked to sacrifice expect those at the top of the pyramid.

Meanwhile federal, provincial and municipal politicians wrangle over jurisdictions, debating who is supposed to pay for this or that service, and therefore distract people from the fact that there is more than enough wealth in society to fund the needs of everyone. The problem is that this immense wealth is increasingly concentrated in the hands of a few corporations.

Edmonton city councillors are therefore taking the easy and cowardly way out when they simply shift the city budget crunch onto the shoulders of the working people of Edmonton. The city council cannot just shrug their shoulders and say that their hands are tied by the provincial/federal funding agreement. We need a city council that is bold in defending the interests of working people, and we can learn a lot in this regard from the experience of the Liverpool city council in the 1980s. Faced with cuts from the Tory government led by Margaret Thatcher, socialist council members in Liverpool decided to fight. They led a massive campaign of rallies, public meetings, demonstrations, and strike actions that involved tens of thousands of Liverpool residents. In the end, the working class in Liverpool managed to win important concessions: 4,800 new social houses, 7,400 social houses repaired, five new sport centres, and a rent freeze, among others. This success shows that we can beat back austerity with organized mass struggle.

Trade unions, student unions, and other community organizations have to organize workers against this austerity. We should demand that portions of the city budget be uploaded back to the Alberta and federal governments. If these governments plead poor, we should ask them how they were able to find billions of dollars for bailing out big corporations and providing various tax benefits to them.

At the end of the day, the only long-term solution to chronically underfunded government budgets is to wrest away the immense wealth from the major corporations and have it democratically owned and managed by the workers. We should not have to choose which services to cut and which ones to save—a practice that often pits one group of residents against others. We have enough wealth in society to fund all the public services needed by everyone. With such immense wealth in our hands, we could not only roll back the proposed transit fare hike, but also provide free public transportation for all and invest in expanding transit services. With a democratic socialist plan for transportation, we could create a high-quality free transportation system that would be universally accessible and environmentally responsible.

No to the transit fare hike!

For massive investment in public transportation!