The left-wing Syriza party in Greece has been defeated in the polls after capitulating to the capitalists and carrying out austerity whilst in government. This is a vital lesson for the left internationally.

International media have heralded the much anticipated result as a ‘sweeping victory’ and even a ‘landslide’ (according to the Guardian), and point to the victory of the new prime minister, Kiriakos Mitsotakis, as a vindication of ‘centre-ground’ politics.

But beyond the spin, the real story of these elections is the mass rejection of all parties and the opening up of a fresh period of instability and class struggle in Greece, which carries important lessons for the left around the world. 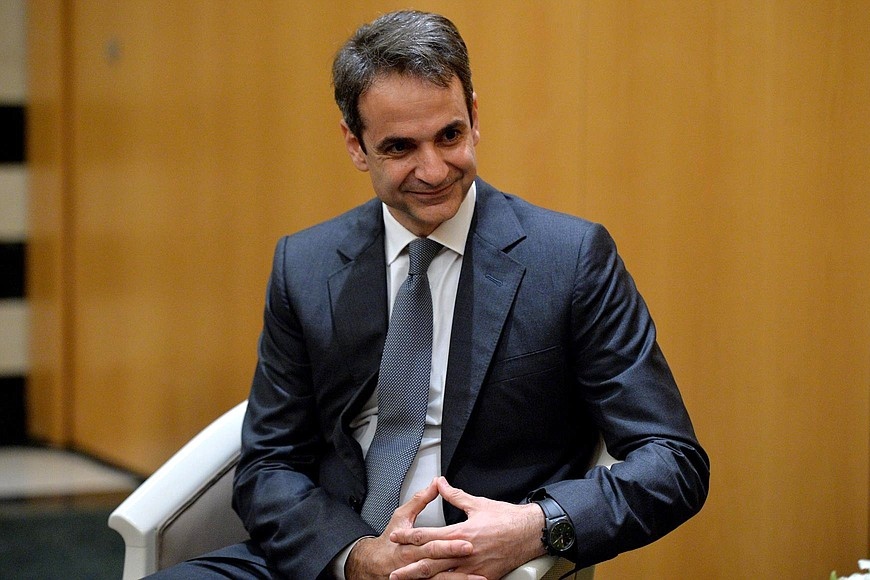 In his victory speech, Mitsotakis, the US-educated son of a former prime minister, thanked the country for his ‘strong mandate’ to ‘change Greece’. But a brief glance at the election results gives the lie to this claim.

With a turnout of only 57.92%, this election saw the second highest level of abstention since the fall of the military junta in 1974 – much lower than the January 2015 elections which brought Syriza to power. In reality the biggest winner of this election was not Mitsotakis but ‘none of the above’.

Foreign media have been quick to blame this low turnout on lazy Greeks ‘preferring to go to the beach’ in the July sun. This is a cynical slander against the Greek people, who have suffered a decade of vicious austerity imposed directly by the European Union and the IMF.

What our friends of the centre-ground neglect to mention is that the 2015 referendum which famously said ‘No’ (OXI) to the EU-led austerity programme took place at the same time of year, in July, and saw a turnout of over 62.5%. We can probably assume the attractiveness of Greece’s beaches has not changed since then. But the attractiveness of its elections certainly has.

In truth this was a political abstention, a message of disillusionment and outright disgust directed at Greek politics and the corrupt system it serves, of which Mitsotakis and New Democracy are a central part.

Far from winning a ‘landslide’, New Democracy would have fallen far short of a majority were it not for a constitutional rule, introduced in 2009 to avoid unstable coalitions, which gifts 50 seats to the biggest party in parliament.

With the support of only 22.6% of the electorate, Mitsotakis can hardly be said to have a mandate for anything, let alone the programme of tax cuts, privatisations and further attacks on the working class that he plans to carry out.

Where New Democracy have made gains it is by making chauvinist attacks on the government over immigration, the refugee crisis and the naming of the Republic of North Macedonia (which Greek nationalists opposed). In this way they have taken votes from nationalist parties like the Independent Greeks and even the neo-Nazi Golden Dawn.

But as contemptible as this rhetoric is, and should be fought tooth-and-nail, it in no way signifies a deeper shift to the right in Greek society. The Independent Greeks have completely disappeared, and the only party to the right of New Democracy that made it into parliament, Greek Solution, received fewer votes than the Greek Communist Party (KKE), which came fourth.

Particularly significant is the collapse of the Golden Dawn. In September 2015 this openly neo-Nazi outfit came third with 7% of the vote and 18 seats. Now it has none, having failed to reach the required 3% threshold. Overall the far right has made no gains since 2015 and is arguably even weaker. This shows the real, flimsy support for the far right and fascism in Greece. 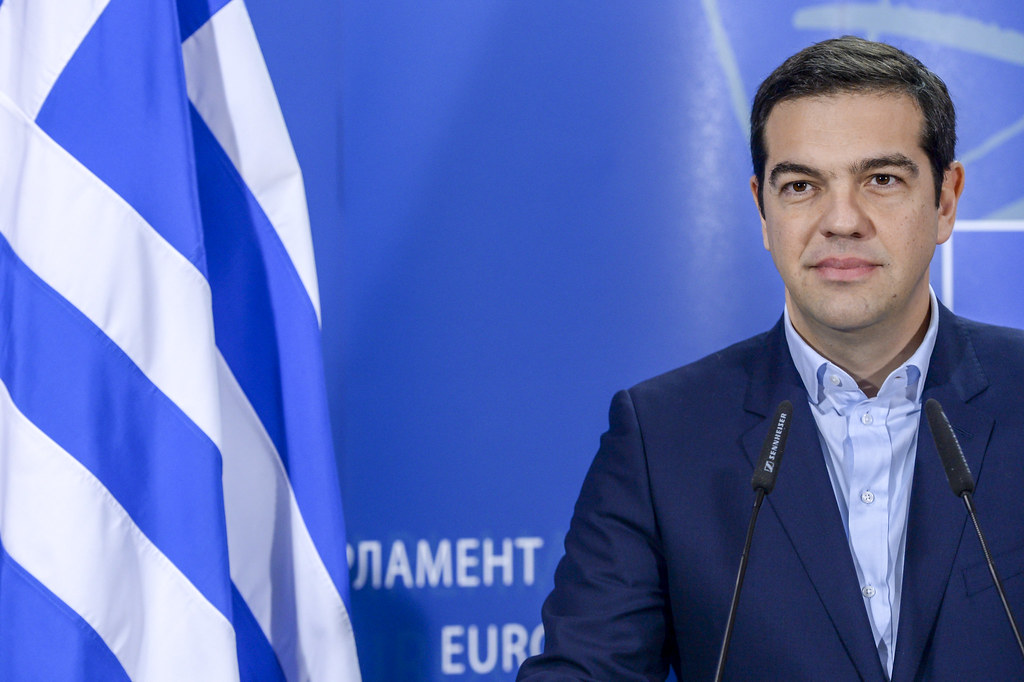 The incumbent prime minister, Alexis Tsipras, saw his party’s support continue to fall, down to 31.53% from 35.46% in September 2015. Having faithfully carried out austerity for four years, Tsipras has finally been replaced by a less shamefaced representative of the capitalist class.

Resting on the support of those who saw no other alternative to the reactionary New Democracy, Syriza is still the largest opposition party, but this masks the disastrous effect its role in government has had on the confidence of workers and youth in their ability to change society.

What transformed Syriza from a small party on the fringes to ‘the most left-wing government in Europe’ was the masses’ complete rejection of the austerity policies of Pasok and New Democracy, which in the space of only a few years had cut Greek GDP by a quarter and increased the death rate by the same proportion.

Syriza’s greatest failure is that faced with the unyielding opposition of the Greek and European ruling class, its leadership chose to capitulate rather than take the necessary steps to nationalise the commanding heights of the economy and appeal to the workers of Europe against their own rulers.

Seeing no alternative to austerity within the confines of capitalism, the leadership of Syriza chose austerity. In doing so, they proved in practice that austerity is not just a political choice but rather a necessary feature of today’s crisis-ridden capitalist system.

Greek workers and youth had done everything they could, but they had been led to defeat. The resulting disillusionment and disengagement produced the low turnout which helped New Democracy to power. Many people were not prepared to come out to vote when they saw no alternative.

The experience of Syriza shows that however good a party’s intentions, if it is not prepared to break with capitalism it will be forced to carry out the opposite of its programme and usher in a future right-wing government. 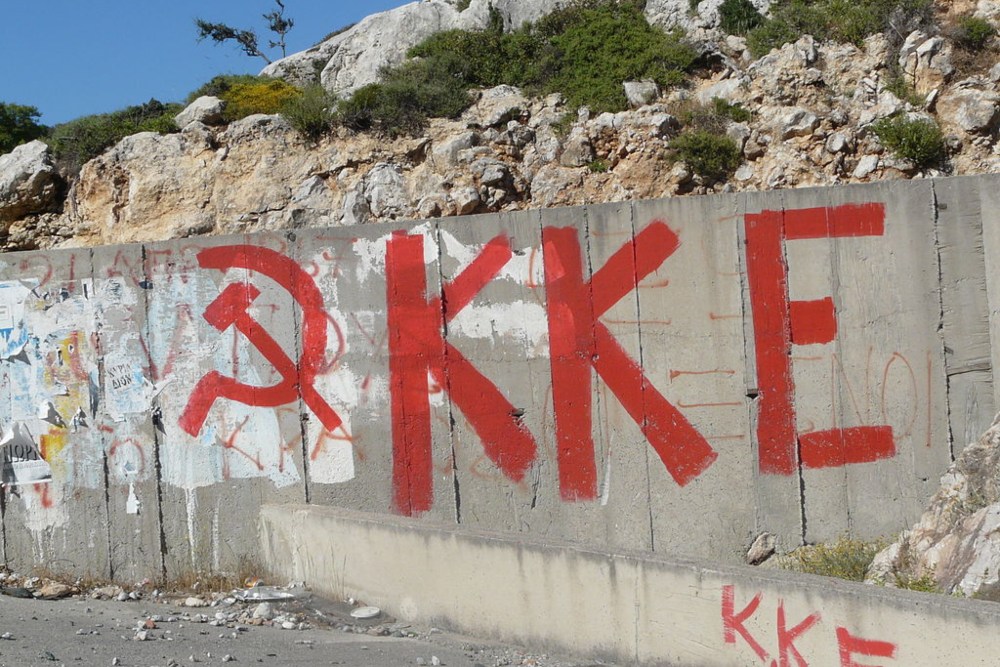 Sadly, the rejection of Syriza by many workers did not translate into major gains for the left. Yannis Varoufakis’ pan-European ‘Democracy in Europe Movement 2025’ entered parliament with nine seats. But this only reflects a slender section of Syriza voters, largely based in Crete where he is originally from.

More importantly, the KKE held on to the same number of seats as previously. But it was frustrated in its aim to extend its support and become the third largest party in parliament. With almost 300,000 votes and 15 seats, however, the party is still by far the strongest left alternative to Syriza.

As the only party in parliament which has consistently opposed austerity, the KKE clearly has the opportunity to win the leadership of the Greek workers as they begin to move against Mitsotakis. Whether it achieves this, however, will ultimately depend on whether it can find a road to the masses and avoid the errors of 2015, when it cut itself adrift from the massive movement against the Memorandum.

All other parties to the left of Syriza suffered big defeats. Popular Unity, which split off from Syriza in 2015 and almost won 3% of the vote, saw its vote collapse to 0.25%. Meanwhile Antarsya, another left-wing coalition, lost almost half of its vote compared with September 2015.

It must be said that by standing against each other and the KKE these small forces have achieved nothing. If instead they had campaigned for a mass vote for the KKE, retaining all their criticisms of the KKE and its programme, they could have helped build up a genuine alternative to the reformists in Syriza and the false Movement for Change.

With New Democracy back in the saddle, the parasitic Greek capitalists are salivating at the prospect of tax cuts and privatisations. But the serious strategists of capital are worried. As the Financial Times put it in one article:

“Yet, with current PM Alexis Tsipras in opposition, Mr Mitsotakis’s attempts for bold reforms will raise social tensions — something that Mr Tsipras had kept firmly under control.”

A decade since the beginning of the euro crisis, the Greek economy is in tatters and its debt-to-GDP ratio stands at 176%. The Eurozone has already sent out a warning to the new Greek government “not to renege on budget surplus targets” set in the last bailout package.

In these conditions an improvement for Greek workers is ruled out. Instead they will be faced with a fresh round of attacks. And without Tsipras in charge to hold them back, we could see a new phase in the class struggle as Greek workers and youth seek to break out of the dead end of European austerity. They will have our unconditional solidarity in this fight.