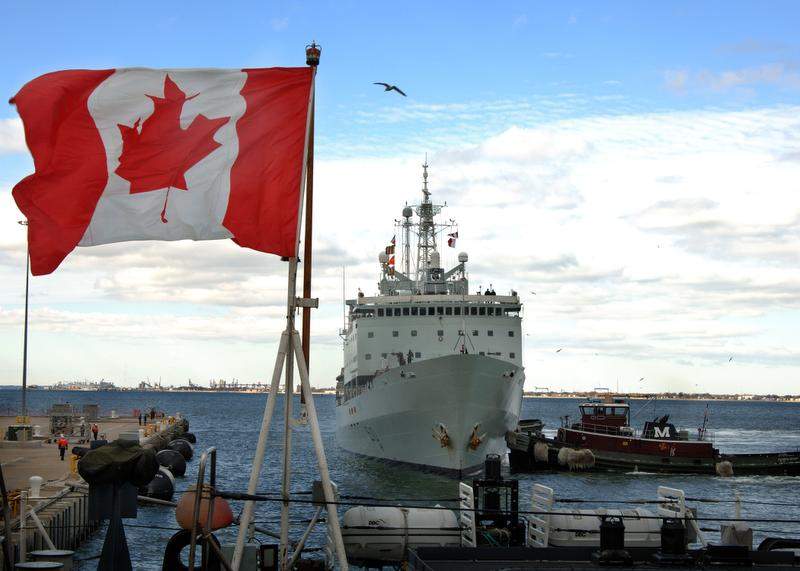 A report by Canada’s auditor general, Michael Ferguson, has now confirmed what the government has already leaked previously — a plan by the Department of National Defence (DND) to procure contracts to build 15 new warships will cost significantly more than originally expected, and will require either additional funds to be earmarked or for the existing projects to be scaled back significantly. This follows on the F-35 fighter jet cost scandal of 2012, and has Canadians once again asking why they are being asked to sacrifice to the demands of austerity while their government spends extravagantly on its own priorities.

The cost of the new war ships is now expected to exceed $100-billion over their 30-year lifespans, with an initial purchase price tag of $26-billion. Ferguson’s report shows that the government simply took the initial estimates for the costs and signed them off as the actual project budgets, before any actual design work had taken place. The DND admits that these costs may even rise as the project “is in the very early days”, and the number is a “preliminary acquisition cost estimate, for planning purposes.”

This is now on top of the revelation in 2012 that the planned purchase of 65 F-35 fighter jets, on initial anticipated lifetime costs of $9-billion, would have ended up costing $45-billion according to an independent audit. As a result of this particular episode, Stephen Harper was forced to back off on decision to purchase the jets from Lockheed Martin, and would consider a “review of rival aircraft” from Boeing. All eyes are now to whether Harper will or will not backtrack once again.

All the above are a part of the Canada First Defence Strategy, a 20-year, $490-billion scheme revealed in 2008 to purchase new ships, helicopters, planes, and armoured vehicles. This plan has seen the DND’s spending rise from $15-billion in 2005-2006 when Harper first took office, to $22.8-billion in 2011-2012. While the federal government has promised to cut this spending to come in line with the austerity being imposed elsewhere, this has yet to be observed. Instead, the government is pushing cuts on departments such as Veteran Affairs, abandoning thousands of ex-soldiers who had served to defend Canadian foreign interests overseas.

Taken together, this is yet another example of the utter hypocrisy of a government which preaches the need for “fiscal restraint”, yet does not feel that should apply to its extravagant military spending, nor to the decrepit, unelected institute that is the Senate. Canadian workers endure these scandals on what seems like a routine basis nowadays, and yet are still asked to bear the burden of deep budget cutbacks in order to restore balance to a bankrupt system. This is at the same time that Canadians are already struggling to get out from underneath the weight of a stagnant economy, defined by unemployment and underemployment, rising costs of living, and the huge debt loads that are taken on as a result by families in order to maintain a sense of normalcy.

Lenin once wrote that the state, in the final analysis, is nothing more than “armed bodies of men”. This reality was obfuscated for a time as the boom following World War II afforded room for the development of a welfare state in the advanced capitalist countries, expanding on its traditional role. This had the effect of placating the demands of the workers and allowing for a certain period of “class peace”. The ruling class could afford to concede important reforms, such as universal health care, education, and other social programs, that helped to improve the living conditions of the working class. These gains are systematically being rolled back today under the current global crisis of capitalism. However, not all public spending is equal. Stephen Harper and his ilk tell us there is no money for good pensions, good jobs, or good services for Canadians; but, there seems to be more than enough money to throw around buying warships and warplanes. The Canadian state under Harper is increasingly coming to resemble the “armed bodies of men” that Lenin spoke of.

As Marxists, we understand that this is an inevitable development under capitalism. The requirements of profitability of big business dictate at present that the role of the state be reduced to the bare minimum, that is, in defence of their private property at home and of their investments abroad. The Harper regime has been the perfect conduit for these demands, as increased military spending has also coincided with the conversion of international development co-operation policy to the status of a mere tool in propping up Canadian imperialist interests in Africa, Latin America, and Asia. Class-conscious workers in Canada are becoming increasingly aware of the interests that lie behind these developments, and as conditions worsen this will only add a more explosive character to the movements that are sure to come.