Harper’s Family Tax Cut: Take from the poor, give to the rich 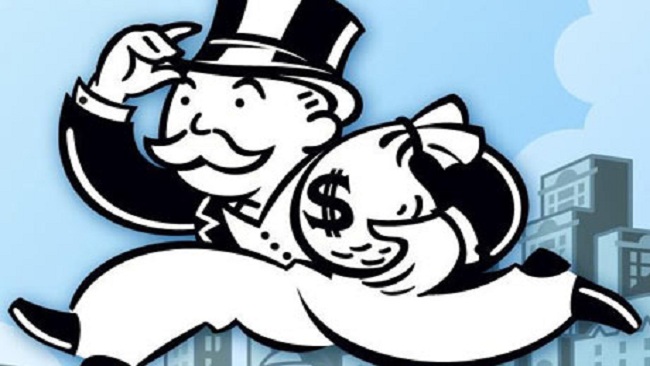 The Conservative government has been touting their new income splitting plan, billed as the “Family Tax Cut”, across Canadian airwaves. The advertisement, brought to you by the Government of Canada, informs us that Canadian families have been working hard and deserve a break. The Family Tax Cut allegedly gives families this break by allowing one parent to transfer up to $50,000 to the other parent’s income in order to fit into a lower tax bracket and therefore pay less taxes. But, do all families really get a break with the Tories’ plan?

With the 2015 federal election quickly approaching, Stephen Harper is rushing to announce little cuts and goodies that may sound good at first glance, but do very little to help working-class families and the rising cost of living. The Family Tax Cut, for instance would only affect 15 per cent of Canadian families — and even then, mostly the wealthiest. Those that would benefit the least from this tax cut are working-class parents with similar incomes, who would be in the same tax bracket, as well as families living in poverty that do not have $50,000 to split. Those that would benefit the most are families where one parent earns over $100,000 while the other parent stays at home. The Family Tax Cut is capped at $2,000 and only applies to families with a child under the age of 18.

Marxists do not aspire to tax the working class into poverty, especially as wages, pensions, and social services continue to be cut. We have opposed regressive taxes on the working class, from Margaret Thatcher’s Poll Tax in the 1980s to the implementation of the HST in British Columbia and Ontario. However, the Conservatives’ Family Tax Cut would be a gift to the wealthy few while offering virtually no benefits to working-class families. Moreover, the Family Tax Cut is being used by Harper and the Tories as an alternative to a universal childcare program — a measure that would provide significant relief to working-class parents.

It should be noted that the proposed tax cut completely ignores single parents, mostly women, while encouraging stay-at-home moms to stay at home in order to benefit from the income split. A national affordable child care system would be vastly superior to this “Family Tax Cut”. A 2013 OECD study found that the average family in Ontario, for instance, is forced to pay $1,152 in childcare costs per month. The CCPA estimated that in cities like Toronto, Windsor, London, and Brampton, childcare eats up over a third of an average woman’s monthly income. An affordable universal public system would lift a huge burden from the working-class’ shoulders, as well as allowing mothers to more easily enter the workforce.

And, the fact that it disproportionately benefits the wealthy rather than the working class is not the only way in which the Family Tax Cut hurts workers and their families. By the government’s own estimates, the Family Tax Cut is expected to cost approximately $2.4-billion this fiscal year, and an additional $2-billion for the next five years. How is this tax cut going to be paid for? Since 2010, Harper and the Tories have been cutting things here and there, across the board. This “austerity lite” will have culminated in $14.5-billion of lost annual public spending by 2015/16. The Conservatives have presented their austerity as painless cuts to government bureaucracy that would not affect front-line services. In reality, the austerity implemented will have had a huge effect on the front-line services that many Canadians depend upon. According to the CCPA, those public programs that will have been the hardest hit are: Statistics Canada, with a 35% decrease in full-time positions; Human Resources and Skills Development Canada, with a 24% decrease; Veterans Affairs, with a 24% decrease; Aboriginal Affairs and Northern Development Canada with a 20% decrease; and the Canadian Food Inspection Agency with a 20% decrease. These eliminations of full time positions and other cuts means a sharp decrease in effectiveness in our public programs as well as the elimination of decently paid jobs.

The Conservatives are asking workers to tighten their belts in order to give tax cuts to the wealthy. Especially vulnerable Canadians, such as Aboriginals, veterans, and recipients of employment insurance, are being asked to foot the bill. “Take from the poor and give to the rich,” seems to be the motto of the bourgeois in this epoch of capitalism.

No tax cuts for the rich at the expense of the poor!

For a universal, affordable childcare program!