Is a Mexico boycott the way to save GM Oshawa? 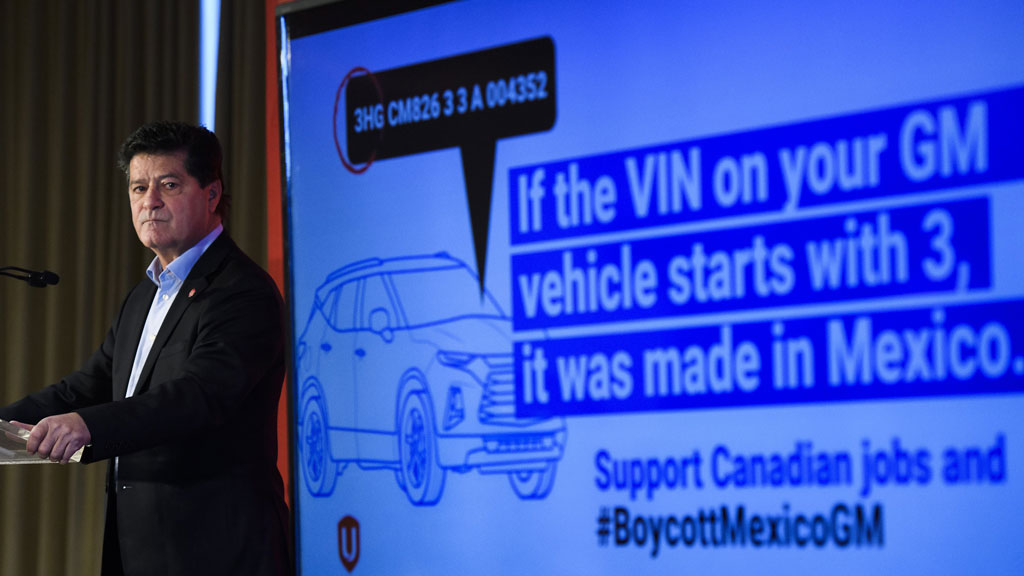 Last November, GM announced the closure of its plant in Oshawa and in four American cities. Production will be shifted to Mexico, where wages are lower and labour rights are almost non-existent. In response, Unifor, the union representing Oshawa GM workers, has called for a consumer boycott of Mexican-made vehicles to pressure the company into staying put. However, whatever the intentions, this approach may end up doing more harm than good.

Shortly after the closures were announced, Unifor President Jerry Dias promised that, “They’re not closing down our plant without one hell of a fight.” Since then, GM workers have been eagerly awaiting the union’s plan of action to save the plant. That plan wasn’t revealed until late-January, when it was announced that Unifor would be launching an ad blitz to deter Canadians from purchasing GM cars made in Mexico.

This came as a disappointment to some workers. Since November, a series of walkouts, sit-down strikes and blockades have been held at the Oshawa plant in protest against the closure. Many workers hoped that these actions would be escalated, leading to a prolonged occupation of the plant or even an Oshawa General Strike.

Instead, Unifor has chosen to plow incredible sums of money into pro-boycott ads at events like the Super Bowl and the Academy Awards. The question is: will this approach work?

Should we support a consumer boycott?

At a time when GM workers are becoming open to the idea of shutting down all production in North America (an idea Dias himself once spoke favourably of), a consumer boycott will serve as a distraction at best, and a source of division at worst.

By targeting only Mexican-made vehicles, the union leadership is placing the full burden of their action on Mexican GM workers, rather than the owners. The end result is to pit worker against worker, Mexican against Canadian, much to the delight of the bosses at GM, who would much rather shift the blame to someone else. Instead, the focus should be kept on those truly responsible for the plant closures: GM’s robber owners.

Furthermore, a consumer boycott is not only difficult to uphold and costly (Super Bowl ads don’t come cheap), but substitutes the collective power of organized labour for the isolated actions of consumers. Strike action has a far greater impact on the corporate bottom line than a boycott. If consumers refuse to buy a product, the company will eventually find other customers elsewhere. If however workers shut down production across the board, the company loses all ability to make profit, and has no option but to heed their demands.

Over the last few weeks, approximately 40,000 workers in Matamoros, Mexico, many of which are auto workers, have gone on strike at 48 factories for increased wages. According to the Mexican Automotive Industry Association, these strikes have cost the auto industry approximately $50 million per day in Matamoros alone. The workers, many of whom are paid the minimum wage of $1.15/hour, have demanded a 20 percent wage increase. After just a week of of being on strike, at least 29 companies across 34 plants have given in to the striker’s demands. This is just one example of the power of militant strike action, and offers important lessons for auto workers north of the border.

In response to the Matamoros strikes, Dias called the action “long overdue,” going on to say, “I hope that they shut down the entire auto industry.” These are encouraging words, but they leave just one question: if shutting down the auto industry is the right approach for Mexico, why isn’t it the right approach for Canada and the United States? Moreover, if a strike in just one city is costing the auto industry $50 million a day, a coordinated strike in all three countries would prove more powerful still, and would leave the bosses no opportunity to play one group of workers off the other.

In this fight, the unions of all three countries could demand decent jobs for all, ending the race to the bottom in terms of wages that has plagued the auto sector for years. If the bosses refuse, the unions would be left no option but to place the plants under workers’ control, retooling production if necessary, while also demanding that they be nationalized in order to keep them operating. This would be the first step in an integrated plan of production in North America, where the resources of each country would be used to maximum efficiency to raise the standard of living for all. In this way, jobs everywhere can be saved, while also unifying workers in North America.

United we stand, divided we fall

The fate of Canadian workers is inseparably bound up with their counterparts in the United States and Mexico. The heroic GM Oshawa Strike of 1937, to cite just one example, was directly inspired by similar movements in the US, and was led in part by American organizers. Similarly today, those on strike in Matamoros can act as a source of inspiration for their working class brethren in the US and Canada. Capitalism is an international system, which gives the working class no option but to develop an international response. Playing with economic nationalism risks severing that link, and undermines the position of workers in all three countries.

The GM plant closures will have a disastrous impact on those communities that relied on them, not least in Oshawa. If GM refuses to continue production, workers will be given no option but to continue it themselves. Desperate times call for desperate measures. However, desperate measures are far easier to take when you have the support of others behind you. The class struggle in Canada, the US and Mexico is separated only by artificial borders. Mexican workers are not our enemy, but a mighty ally and source of inspiration for our own battles. Should auto workers in Oshawa take control of their plant, then they can serve as a source of inspiration as well.