Open letter to the York Federation of Students: Join the struggle! 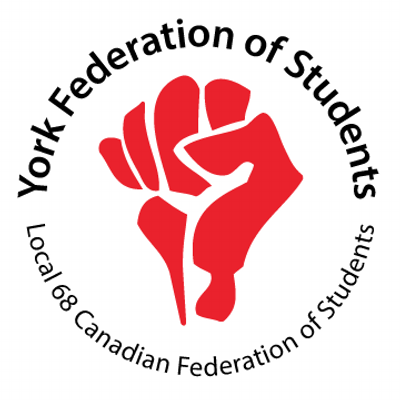 As the strike drags into its seventh week, and the millionaire Administration continues to refuse to meet with CUPE 3903’s bargaining team or to give into the fair demands of university workers. By leaving classes open, the Administration has created confusion and chaos for students on campus, as many are being pressured to cross picket lines or risk failure in their classes.

Additionally, many students are struggling economically with cost of living, rents, high cost of tuition and debts, for which this millionaire administration is responsible. Undergraduate students are rightfully angry for being put in such a situation. So far, undergraduates have felt that they have no way to express themselves and stand up for their interests.

The York Federation of Students (YFS), which represents 50,000 undergraduates, has recently launched a petition demanding a full refund for the winter term to be given to students, alongside bursaries for living and travel expenses. The petition also re-affirms the YFS’ commitment to free education.

The YFS has also made several statements expressing their support to CUPE 3903 during this strike. The Socialist Fightback supports all of these positions. We are calling on the YFS leadership to move beyond words to actions.

We call on the YFS to:

Socialist Fightback also thinks that the demands for free education for all, good jobs for all and the abolition of the unelected Board of Governors should be raised in this struggle. The YFS leadership, including president Rawan Habib, ran on a platform which included the call for undergraduate student strikes. This idea of student strikes should be actively raised and promoted, especially in the current context.

If the administration is successful in promoting a right-wing student mobilization, this will have negative consequences not just for CUPE 3903, but also for the YFS. As we saw during the 2009 strike, those right-wing, anti-union students would subsequently mobilize against left-wing undergraduate activism, including attacking the YFS leadership.

Many undergraduates have become open to the idea of strike action by the example set by CUPE 3903. Undergraduates are angry at the millionaire administration, at rising tuitions, rising cost of living, at low-wage precarious jobs and at the chaos caused by the administration keeping classes open during the strike. Now is the time for the YFS to organize a fight.

The YFS is the largest undergraduate student union in Canada. If the YFS seizes this opportunity, it would set a very important example for the entire student movement. If the YFS leadership decides to take action, the activists of Socialist Fightback Students commit to assisting in this mobilization effort.

Now is the time for the YFS to mobilize undergraduates into the struggle!

Good Jobs and Free Education for All!