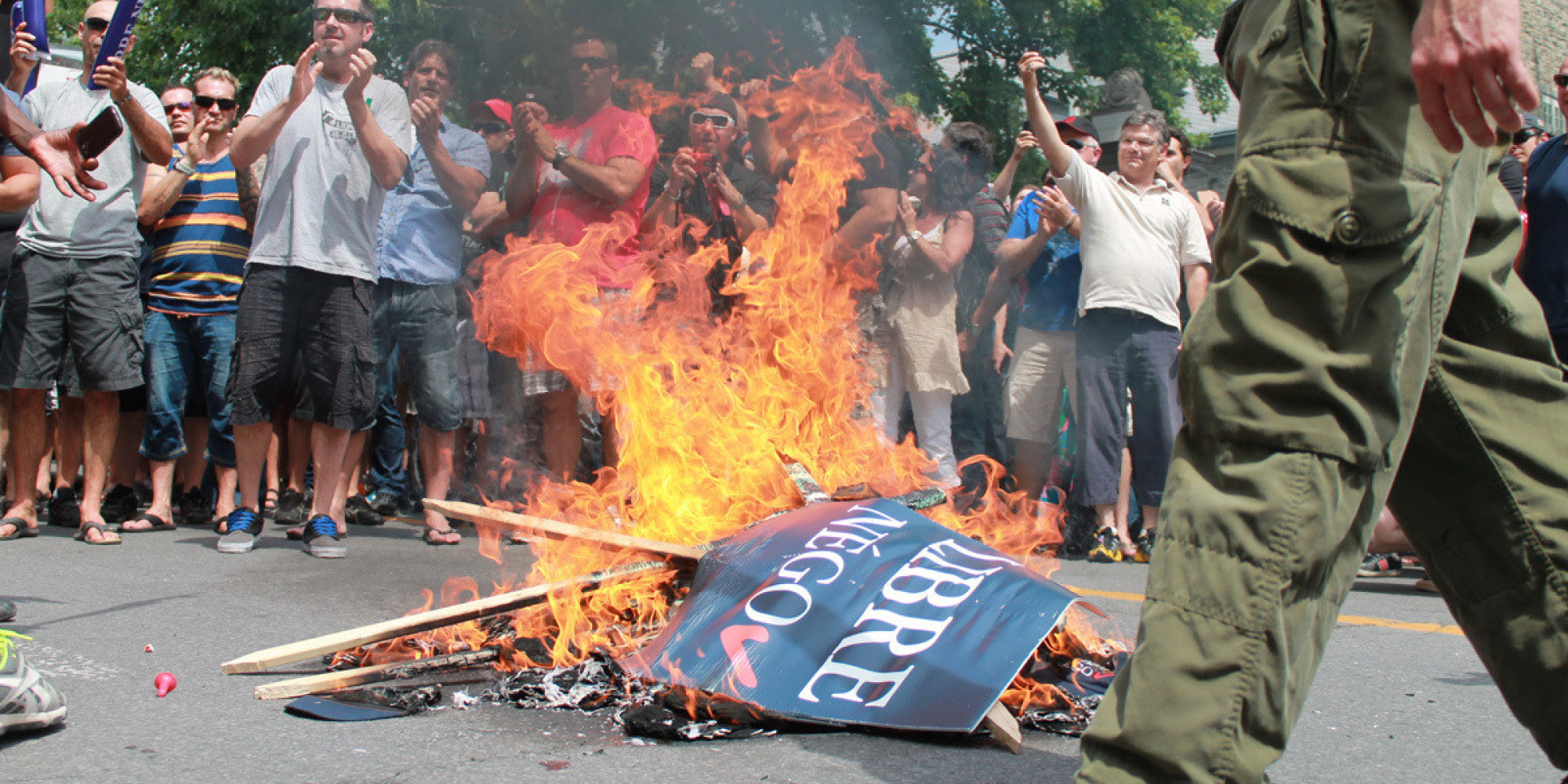 On 18th August, firefighters stormed Montreal City Hall, chasing the mayor from room to room and protesting against the recently announced cuts to their pensions. The police officers, whose pensions will also be affected, let the workers enter City Hall and looked the other way as the building was ransacked. Municipalities in Quebec are at war with city employees and this action shows the looming storm in the struggle against austerity.

Last June, Pierre Moreau, the minister of municipal affairs, put forward Bill 3, which attacks municipal pensions, in front of Quebec’s National Assembly. This bill is part of the general austerity program of the Liberal Party which is determined to force workers to tighten their belts in order to pay for the bloated government debts and the losses incurred during the financial crisis. This bill is an attack on the pensions of more than 65,000 white- and blue-collar workers, firefighters, police officers, and transit workers. All of these workers are negotiating together, united under “The coalition for free negotiations” which represents all municipal employees in Quebec.

This bill seeks to place all of the blame for pension plan deficits squarely on the backs of the workers — both those currently working as well as those who are retired. It would impose an end to the indexation of pensions for an indefinite period, an end to the 50/50 cost sharing model, and an absolute limit to the costs of the pensions to 18% of the total amount of the salaries – 20% in the case of firefighters or police officers. The municipalities will also have to setup stabilization funds equal to 10% of annual contributions.

This bill is a direct attack on the right and the freedom to negotiate. These annuities were negotiated and decided upon by the employers and employees at the time of the signing of the last collective agreement. On top of this, annuities issued to retirees are essentially deferred wages and therefore compensation already earned by the worker. Therefore, this bill is attempting to take back wages which have already been paid for work already performed! Furthermore, it is completely absurd to be forcing the workers to pay for a pension deficit which essentially exists due to poor management, and for gambling pensions on the stock market during the economic crash of 2008.

Demonstrations have already taken place in Quebec City, Montreal, and Sherbrooke which shows that there is a growing discontent among municipal workers. The workers have implemented pressure tactics including the police wearing their classic colourful army pants and the workers decorating the city vehicles and buildings with stickers reading “Libre négo” (Free negotiations), which denounce the attack on their right to collective bargaining, as well as stickers stating “We haven’t stolen anything” — a reference to the massive corruption scandal that has plagued municipal politics throughout Quebec. White- and blue-collar workers are threatening to unleash an indefinite general strike and have stated that they have little confidence in the parliamentary committee on the pension funds where the UMQ (Union of Quebec municipalities), Montreal mayor Denis Coderre, and Quebec City mayor Régis Labeaume have reiterated their unconditional support for Bill 3.

Beyond threats and pressure tactics, workers will need to not be afraid to actually put these threats into action. The Liberal government is aggressively pursuing this bill to bulldoze the unions and seems to have the intention of imposing this law by force if necessary. A strike of this magnitude is far too dangerous for the government and they will be forced to respond with back-to-work legislation. The danger for the workers here is falling into the trap of bowing down to bourgeois law which has been used time and time again to crush strikes across the country. If the workers go on strike, they will show who holds the real economic and political power in the province. The workers hold an immense amount of power in the sense that they are able to bring the entire government to a halt. No law can stop this. We cannot forget that at one time both unions and striking were illegal and it was only by breaking the law and fighting against these unjust laws that these important reforms were won. Workers do not need to tighten their belts to satisfy the greed of the capitalists and their Liberal cronies as they fatten themselves with cuts, fees, and tax breaks. Workers must maintain the pressure and pursue strike action if the government does not back down. They have no reason to accept the austerity plan of the Liberal government and they have the power to refuse it if they fight and stand together.

With the taste of tear gas still fresh in the mouths of those who were involved in the student demonstrations two years ago, the involvement of the police in this movement brings to the fore strong emotions. Many people on the left are hostile to the movement because of this fact. While we definitely sympathize with this reaction against the police and share the aversion towards this repressive body of the state, we can’t let emotions guide our political positions. The presence of the police in the movement is a huge threat to the ruling class as their traditional tool to oppress the working class is not at their disposal. In normal situations, the police would have little qualms in protecting the interests of the bosses. But, the need for austerity means that not even the police are immune to the effects of the capitalist crisis. The fact that the police refused to act against the occupation of City Hall clearly demonstrates that the police are not politically neutral and under the pressure of events, can even bite the hand that feeds them and cease to be a useful weapon of the capitalist state.

Municipal workers are also not the only ones affected by the attacks of the Liberal government. Bill 3 is only one of many ways that Quebec premier Philippe Couillard is making the workers of Quebec pay for the capitalist crisis. If the municipal workers are defeated, it will be an invitation for the government and corporations to push through bigger and more aggressive cuts in all sectors. It must also be remembered that the municipal workers are not the first to get a taste of this Liberal medicine. The students, not so long ago, also suffered the wrath of austerity from Jean Charest and in the course of the struggle, many workers showed solidarity with the students. We hope that students now realize that solidarity goes both ways and enthusiastically join with the workers in this struggle. In particular, ASSÉ should call for students to join the workers in solidarity in order to build a broader struggle against austerity and combine this with their demand for free education. The main workers’ unions, mainly the FTQ and the CSN, should organize solidarity actions and clearly explain, “An injury to one is an injury to all,”and that if a strong challenge is not given to the government, every other sector of the workers will potentially be next on the chopping block. Solidarity strikes should be on the order of the day if the government refuses to back down. Workers in Quebec have the power to paralyze the system and stop this law but only if we organize and fightback!

Bill 3 should not surprise anyone — the economic climate is no longer the same as it was during the years following the postwar boom when the hard fought gains were won and the welfare state was established. Austerity is the watchword of the day for the bourgeoisie. This spares no industry and no country. Just take a look at the news from around the world and you will see that austerity wasn’t simply invented by the Liberals but is necessary because of the crisis of the capitalist system. The question we need to ask ourselves is, if this system cannot guarantee us decent pensions, affordable education, and quality social services, maybe its time that we organize and fight to break with the system.

This article was originally published in French on our sister website, La Riposte (Quebec).