The rise of the Greens: what it means 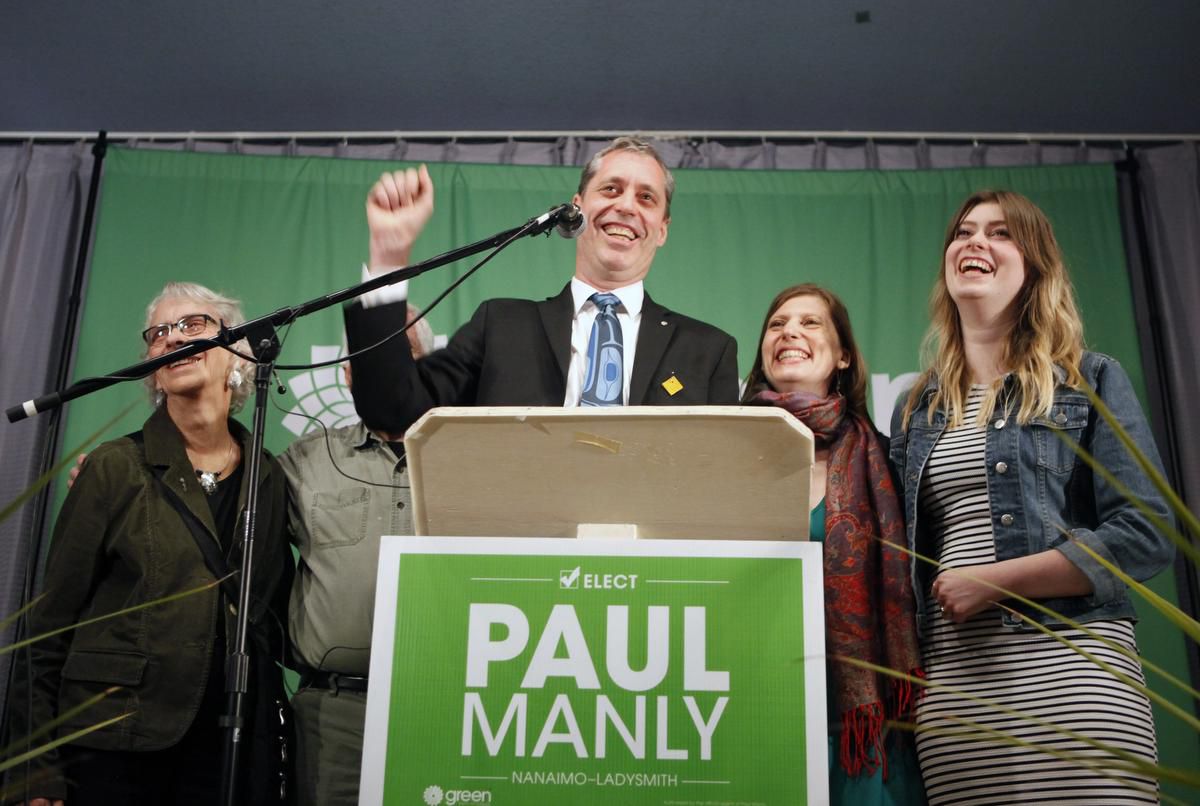 Ignored for 36 years, Canada’s Greens may now have reason to celebrate. On May 6, Green Party candidate Paul Manly swept the by-election in Nanaimo, BC, placing 12 points ahead of the second place Tories. Manly now joins Green Party leader Elizabeth May in Ottawa, until now the sole Green MP since 2011. Before that, the Greens had no elected representatives, either federally or provincially. The party now boasts over a dozen. In PEI, the Greens are now the official opposition, while in BC they are part of the ruling coalition government. In the course of a few years, the Greens have gone from being a marginal, often eclectic sect, to now being a considerable force in Canadian politics. How can we explain the rise of the Green Party?

Not easy being Green

Since its founding in 1983, the Green Party has existed on the margins of Canadian politics. For most of that time, its membership comprised of a sometimes uneasy mix of environmental activists, “green” capitalists, confused socialists, and various petit-bourgeois types who felt excluded from the mainstream parties. This strange alliance found its reflection in party leader Elizabeth May, elected in 2006, who managed to hold together this disparate group of individuals.

The party’s 145-page manifesto is likewise a weird and wonderful collection of proposals ranging from a 35-hour work week, to boosting the powers of the RCMP, to ending the seal hunt, to balancing the budget, to curbing population growth. For these reasons, and given that the party lacks any consistent social base, it languished in the polls for decades, remaining just an odd feature of Canadian politics.

The rise of the Greens, however, has little do with the party itself. In many voters’ eyes, the most redeemable quality of the Green Party is not its platform (which would be hard to pin down), but the fact that it is not the Conservatives, Liberals or NDP.  Each have formed government, betrayed their promises, and then stood discredited in the eyes of voters. The Greens, however, have never formed their own government, and can therefore say their hands are clean. Their platform, voters reckon, may not be great, but at least it is something new.

In Nanaimo, the Greens received over 37 per cent of the vote, after receiving only 20 per cent in 2015—a 17 point increase. The Liberals and NDP, however, saw their vote share decline by 12.5 and 10 per cent since 2015, respectively. Voters not only turned towards the Greens, but also turned away from the establishment parties. This is evident considering that the NDP and Greens ran on relatively similar platforms.

A similar picture emerges nationally. The ruling Liberals have been slowly losing support since 2016, a tempo which accelerated after the SNC scandal broke in February. Today, the Liberals stand at anywhere from 25 to 30 per cent in the polls, while Trudeau’s own disapproval rating stands at above 60 per cent. However, the disillusionment with the Liberals has not translated into enthusiasm for the Conservatives and NDP. A recent poll by Angus Reid revealed that every major party leader has a higher disapproval rating than approval rating—the one exception being…Elizabeth May.

How can this be explained? The Liberals, once seen as ushering in a new era of “sunny ways,” have since been exposed for what they really are: a party of liars, cheats and corporate stooges. The SNC scandal was the coup de grace for whatever illusions still remained in the Liberal Party. The NDP, however, have failed to provide a consistent, left alternative to the disastrous Trudeau regime. On any given issue, it can be difficult to tell where the NDP stands. NDP leader Jagmeet Singh fails to connect with the anger of working class voters, leading many to believe the NDP offers only more of the same. Ironically, newly elected Green MP Paul Manly attempted to run for the NDP years earlier, only to have his candidacy denied for supporting Palestinian liberation. Many more like Manly have turned to the Greens as the only remaining option. But are they an option?

The Greens have wooed thousands of voters with promises of action on climate change, inequality and, above all, a break from establishment politics. A closer look at their platform, however, reveals little to be excited about.

For many, real action on climate change is their main reason for supporting the Greens. However, their proposals for doing so are not radically different from the Liberals, proposing massive subsidies for green corporations, as well as a “dividend and fee” carbon pricing system that encourages “private sector investment in green technology.” Unsurprisingly, May applauded the Liberal carbon plan when it was first introduced, arguing the policy was identical to her own. As we have explained elsewhere, Trudeau’s approach does little to address climate change, while placing the burden on workers instead of corporate polluters.

The Green Party also shares policies popular with Conservatives, including the need for “fiscal responsibility,” “balanced budgets” and “market based solutions,” all of which feature prominently in their platform. Despite paying lip service to Indigenous and immigrant issues, their platform calls for increased resources for the RCMP, CSIS and border security, as well as greater “integration” between the three departments.

How might the Greens act in power? The ruling NDP-Green coalition in BC offers a unique glimpse into how that would look. The results, predictably, have not been encouraging. On most issues, the Greens have stood on the right of the coalition, including opposing legislation that would make it easier to form a union, and initially opposing a $15 minimum wage. In PEI, Green leader Peter Bevan-Baker has said he would consider forming a pact with the newly elected Tory government, indicating that “all options are on the table.”

The Green Party is no solution to the problems facing working people. But that hasn’t detracted from their appeal. The Greens have not succeeded because of their policies, but despite them. NDP hacks bemoan the rise of the Greens, lecturing undecided voters on how they are not “left wing.” In essence, this is correct. However, these clever individuals ignore their own role in the party’s rise.

How can the Greens present themselves as a left wing, anti-establishment party? The answer is obvious: because the NDP has not. In fact, it has failed miserably on this count. In the absence of any credible left alternative from Canada’s labour party, increasing numbers of people are saying “then the Greens will have to do!” To them, the airy promises of Elizabeth May are just as good as those from any other politician, if not better, since she at least has yet to betray her promises.

No party support is eternal. Adopting a militant, socialist program can serve to rally Canadian workers, and stem the NDPs bleeding. Otherwise, the party that produced the “orange wave” risks drowning in a green, shallow pool.