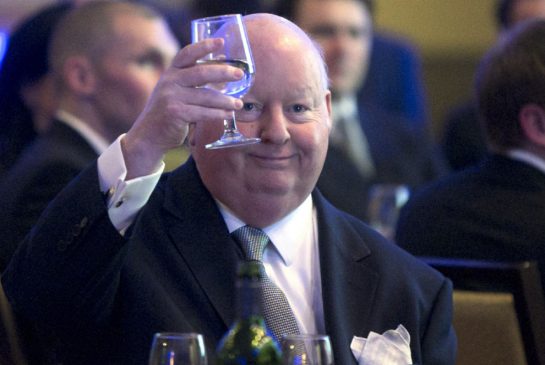 The Senate — or, “Canada’s House of Shame” as it is labelled by the NDP — is often an afterthought in the minds of people in Canada, with most writing off this body as inconsequential to the everyday life of the working class. However, this same body, unaccustomed to public scrutiny, has recently found itself sweating under the spotlight of scandal — everything from senators pocketing hundreds of thousands of dollars in travel and housing claims, to Senator Patrick Brazeau’s alleged case of sexual assault and domestic abuse. These events highlight the need to abolish the undemocratic colonial relic that is the Senate.

Normally, the extravagant privileges of Canada’s unelected senators are written off by the media and other commentators as an unfortunate quirk of Canada’s parliamentary system.  However, this time around, this sort of tactic is not working; the wave of scandal is sticking and there appears to be a new popular groundswell to finally abolish the Canadian Senate.  What has been the change this time around compared to previous scandals?

The scandal first came to light on reports that at least three senators — two Conservatives and one Liberal — were pocketing over $30,000 per year in housing allowances to pay for a second home in the Ottawa region.  These senators, however, already had their primary residences in Ottawa and thus, were supposedly ineligible to receive this perk, but this did not stop them from claiming every last possible penny of public largesse. One of the accused, ex-CTV journalist Mike Duffy, went so far as attempting to jump the queue in order to get a rushed health insurance card from Prince Edward Island, in order to claim that his PEI cottage was his primary residence (despite the fact that it is often unreachable in winter).

A fourth senator, ex-CBC journalist Pamela Wallin, was then found to have claimed over $350,000 in travel expenses (much of it unexplained) over a two-year period.  Wallin attempted to claim the massive difficulties she faced regularly travelling between Ottawa and her “home” province of Saskatchewan, but this was before it was publicly disclosed that she also owns and maintains condos in both Toronto and New York City.

Brazeau, one of the senators who is accused of embezzling housing allowances, has also been charged with sexual assault and domestic abuse, but is still allowed to remain in the Senate with all of the perks that position entails. The benefits enjoyed by Brazeau are especially appalling considering his behaviour at the beginning of the Idle No More movement. Brazeau became particularly notorious earlier in the year by crassly making jokes about Attawapiskat Chief Theresa Spence’s hunger strike and disparaging the efforts by indigenous youth to confront the federal government’s attacks on First Nations people.

At the root of the scandal is the disgust felt by ordinary Canadian workers and youth; these acts of theft and privilege fly in the face to the struggles working people face under the global capitalist austerity agenda. The contrast could not be sharper: while the Tories reward their allies and cronies with cushy paycheques, perks, jobs for life, and fat pensions, the federal government has launched a massive attack on the social wage, cutting federal public sector jobs, and attacking the pensions of Canadian workers.

The scandal around the Senate is just one of several scandals currently making headlines across the country. In British Columbia, the governing Liberals are being rocked by the revelation that the provincial government was looking to use several upcoming announcements (including an apology to the Chinese community for the infamous head tax) to court the votes of different ethnic communities in the upcoming provincial election. In Ontario, the Liberal government continues to face a series of spending debacles — eHealth, ORNGE, and the half-billion-dollar penalty for cancelling two gas power plants. And in Quebec, the Charbonneau inquiry has found unprecedented levels of corruption and infiltration by the Mafia at all levels of government and affecting both the Liberals and the Parti Quebecois.

These are all symptoms of a regime in crisis — of a system in decline. In more “normal” times, any of these scandals would have generated some news for a few days or weeks and then disappeared from mass consciousness. But, because of the inability of the capitalist system to point any way forward for workers and youth in this epoch, each crisis further lays bare the contradictions inherent within the system and strips away the authority of the instruments used by the ruling class to justify their position in society.

Beyond the question of budgetary expenses and theft, it is important to recognize the class origins and legislative function of the Senate. Canada’s first prime minister, Sir John A. Macdonald once famously characterized the Senate as a “body of sober second thought”, meant as a check against the excesses of the House of Commons (made up of the “communities” of the masses). Sir George-Étienne Cartier put it even more bluntly, saying it was the job of the Senate to represent property and to counterbalance the “will of the mob”. The fact that senators are appointed, rather than elected, meant that the Senate would never be swayed by the mass of the population; instead, it would always be a body representative of the ruling class. Unlike the House of Commons, the Senate required its members to be property owners, a stipulation that continues to this day. In practice, especially over the past few decades, the Senate has essentially acted as a rubber-stamp for the government of the day while serving as a reward for the prime minister’s cronies and allies.

However, in contrast to the claim that the Senate truly doesn’t matter, we cannot forget the Senate’s true purpose and the active reactionary role it can play. The Senate can, and does, block legislation that is passed by the House of Commons if it is seen as being against the interests of the ruling class. Most recently, we witnessed the Senate block Bill C-311, an NDP bill aimed at climate-change accountability, which was passed in the House of Commons but never came into law because the Senate rejected it. One can just imagine the blockages that would be put in front of a democratically elected party that tried to implement socialist measures in the interests of the working class. It is a vital democratic question that the Senate be abolished.

One wing of the bourgeois is coming up with all sorts of remedies and solutions to this crisis of legitimacy faced by the ruling class’ institutions. There are desperate cries for “reforming” or “fixing” the Senate. This sector of the ruling class is aware that matters have progressed too far and that the mass of workers and youth are beginning to clue in to the true nature of bourgeois democracy. This will be particularly dangerous for them as the crisis deepens in Canada.

The NDP is completely correct in advocating for the Senate’s abolishment. But, this will not be accomplished through a simple consultative referendum. The Senate is an important tool in the bosses’ arsenal and to truly defeat it will require a struggle linked to the wider fight for socialism, which attacks the real roots of power of the ruling class. The Senate is just the most blatant example of how capitalist “democracy” in Canada is in fact a democracy only for the rich. We need to fight for a society where the rest of us have real democratic control of both society and the economy. A workers’ democracy will eliminate the privileges of the ruling class, while implementing socialist policies that put working people first.