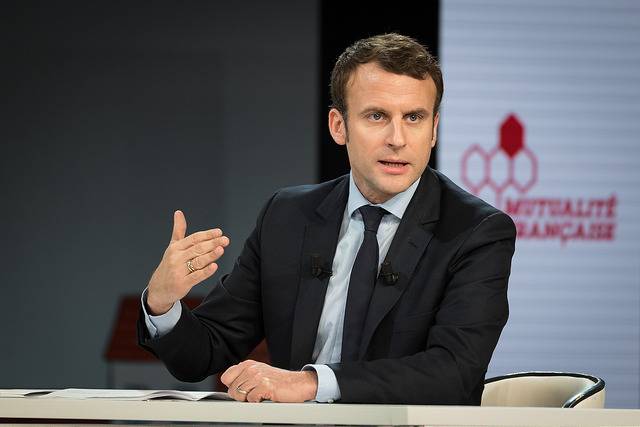 The most chaotic presidential election of the Fifth Republic has just resulted in the election of a new head of state. At the end of the first round, the winner of the second was already known. Millions of left-wing voters reluctantly voted for Macron to defeat Marine Le Pen.

It must be said that none of the leaders of the left or the trade union leaders offered them a concrete alternative in terms of what to do faced with two right-wing candidates. Most of the left leaders simply called on the electorate to vote for En Marche’s candidate, Macron! But he is not in a strong position, as his 20.7 million votes do not represent a homogenous bloc of support for his policies. Those who voted for Fillon, Macron, Hamon, and Mélenchon in the first round, and then went on to vote Macron in the second, round are a mix of left and right, devoid of clear class lines.

Macron is now preparing to launch an implacable offensive against the living standards and working conditions of the vast majority of the population. As of 25 April, the president of MEDEF (the largest bosses’ organisation in France), Pierre Gattaz, in expressing his support for Macron, added a warning: “France cannot afford five more years of half measures.” Thus, all the attacks against working class people carried out by the previous administration of François Hollande, the labour law, the Macron laws, the budget cuts and the tens of billions of euros paid as subsidies to the big companies, were only “half measures” compared to what they bourgeoisie really needed. No doubt this new president will obediently carry out their diktats.

Until the second round of the legislative elections, Macron will undoubtedly keep his public programme vague. Then, if he achieves a parliamentary majority, he will take off the the mask and announce much more severe counter-reforms than those lined out in his official program. He will adopt, more or less, the same programme as that of François Fillon. That is, the one that the bourgeoisie needs to defend the “competitiveness” and the margins of profit of its companies, in the conditions of the crisis of French capitalism. In short, Macron will declare war on the working class. The organizations of the workers’ movement must prepare for this without delay!

However, the matter does not end here. The legislative elections of 11 and 18 June are not a foregone conclusion. The powerful dynamic of Jean-Luc Mélenchon’s ‘Rebellious France’ movement, which took him to close to 20%, can continue and grow. ‘Rebellious France’ must now launch a bold, radical campaign with a clear plan for how to win. Its candidates have a good chance of reaching the second round in a large number of constituencies.

The Socialist Party, on the other hand, will engage in all kinds of alliances and outrageous deals with Macron’s movement, which at the same time will be seeking support to its right. This unsavoury hotchpotch in the centre will open a lot of room for the left.

‘Rebellious France’ can also continue to eat into the support base of the National Front. A detailed analysis of the results of the first round show that Mélenchon’s radical campaign could attract a significant number of votes of workers and unemployed people who were appalled by the corruption and the impotence of the “government parties” and who would normally vote for FN. This movement can and must continue.

The misery of the ‘Republican front’

Between the first and second round, the so-called ‘Republican front’ made a lot of noise against the FN. The irony of this was not lost on much of the electorate, as this “front” was essentially made up of political leaders who are themselves personally and directly responsible for the rise of the FN over the past twenty years. Their hypocrisy and cynicism had no limits, as they expressed their “indignation” at Melenchon’s refusal to back Macron in the second round.

The leader of ‘Rebellious France’, however, was correct to resist these pressures and not to rally around the swamp of the ‘Republican front’, because this same “front” played into the hands of the FN by giving it the opportunity to present itself as the “one and only enemy of the system “. Yesterday for instance, Marine Le Pen said: “The political formations that took the responsibility of electing Mr. Macron have discredited themselves and have lost all legitimacy to represent an alternative or even a credible opposition”. Yesterday, Marine Le Pen won 10.6 million votes, 5.1 million more than her father in May 2002. Furthermore, in 2002, Jean-Marie Le Pen only increased his vote by 700,000 in the second round of the presidential elections. This time, Marine Le Pen increased her first round vote by three million votes in the second round. A very successful ‘Republican front,’ indeed!

The leadership of the Communist Party (PCF), which is always careful to make every possible mistake, called for a vote for Macron on the evening of 23 April. They explained that immediately after voting for Macron on May 7 they would fight against his policies. But this new “two-stage theory” does not hold up. In just one month’s time, the first round of the legislative elections will see to a number of duels between the right-wing, En Marche! or the LR Republicans against the FN. If the leaders of the PCF stick to their position on the ‘Republican front’, then by their own logic they will have to call for a vote for the right in those constituencies, in order “to block the FN”, once again. This was also the position of the party in the second round of the 2015 regional elections. Basically, the PCF leadership proposes to “fight” the right… except when it is calling for a vote for the right!

The result of the internal consultation of ‘Rebellious France’ last Tuesday, when the ranks were asked what position the movement should adopt in the second round, showed that the farce of the ‘Republican front’ is rejected by a growing number of young people and workers. The 65% of ‘Rebellious France’ activists who refused to support the idea of calling for a Macron vote in the second round sent out a strong signal. We do not fight the FN by calling for a vote for right-wing parties. A serious struggle against the FN involves mobilising the youth and the workers on a programme that breaks with capitalism, because it is precisely the crisis of this system that is feeding the FN vote. That, and also the inability of the left governments in the last twenty years to solve the problems of the masses. The left and the labour movement must reconnect with the ideas and the programme of a revolutionary transformation of society. We from Révolution, defend these ideas and this programme.