Marxism and the ‘True Meaning of Christmas’

The holiday shopping season in Toronto unofficially kicked off this year with a performance by Mariah Carey, who was paid $1 million to sing two songs, at the unveiling of the annual Christmas window at The Bay on Nov. 3. Decked out in a floor-length gown, the pop icon entertained hundreds of fans who crowded around the shared entrance of The Bay and luxury retailer Saks Fifth Avenue. Overlooked amidst the pageantry were the many homeless people struggling to keep warm near the high-end department stores. Poverty amidst plenty is a common sight in any capitalist city, but in a season ostensibly devoted to charity and gift-giving, ostentatious displays of wealth and the annual frenzy of consumer spending speak volumes about the “true meaning of Christmas” under capitalism.

The eagerness of retailers to kick-start the culturally enforced shopping spree each year is hardly surprising. A 2004 Voice of America report suggests that the holiday shopping season accounts for one-quarter of all personal spending in the United States. More recent numbers from Statista and the National Retail Federation indicate that November and December account for approximately 20% of industry sales in the United States each year. For an individual retailer, the season can represent as much of 30% of total sales, and many businesses rely on Christmas spending for their bottom line. Retail workers often find themselves increasingly exploited as a result, working longer and harder hours.

More than religious and cultural tradition, it is the role of Christmas as an artificial economic stimulus that explains its inescapable nature for one-sixth of the year. The annual onslaught of Christmas music, decorations, holiday TV specials, themed store displays, mall Santas, and so on serve a very real purpose in terms of “advertising” Christmas and encouraging gift-buying. Of course, there is nothing wrong with enjoying these aspects of Christmas. But there is another side to the holiday season. 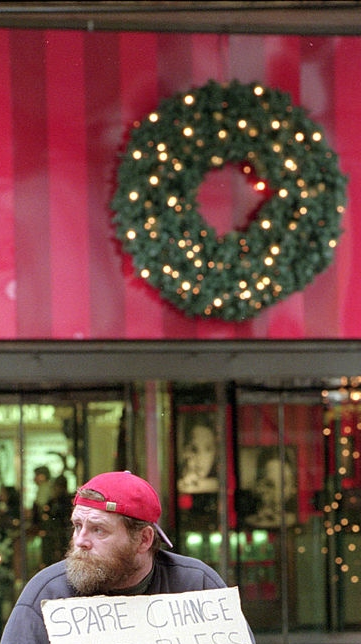 The association of Christmas with charity and gift-giving is a distant echo of some of the more radical, egalitarian tenets of early Christianity, which developed as a mass movement appealing to the poor and downtrodden. Many early Christians lived collectively and held all property in common. “Religion,” as Karl Marx observed, “is the sigh of the oppressed creature, the heart of a heartless world, and the soul of soulless conditions.” The development of capitalism, however, “drowned the most heavenly ecstasies of religious fervor” and “left remaining no other nexus between man and man than naked self-interest, than callous ‘cash payment’.”

A very real sense of charity and international solidarity—epitomized by the expression “peace on earth, goodwill towards men”—exists for millions of working people around the world who celebrate the holidays each year. Charities and non-profit organizations see a surge in donations, to an extent where the last months of the year are commonly known to non-profits as “The Giving Season”. A 2007 study by The Center on Philanthropy at Indiana University reported that respondents gave approximately 24% of their annual total in charitable donations between Thanksgiving (i.e. late November) and New Year’s Day. Much of that money goes to charities focussed on “poor-world” countries. Historically, the most moving act of internationalism associated with the holiday season may have been the famous Christmas Truce of 1914, in which German and British soldiers of the First World War crossed no-man’s-land to talk, play soccer, and exchange small gifts.

Such isolated acts, made in the spirit of the season, reflect a widespread desire for a better world to correct the injustice, poverty, inequality, and war endemic to capitalism. But despite good intentions, individual acts of charity can never fully eradicate these evils, nor even seriously address them. Nearly nine million children under the age of five die each year from poverty, hunger, and easily preventable diseases and illnesses, according to the World Health Organization. Endless war rages around the world, and will continue in the face of all the holiday pleas and prayers for peace on earth. In the face of climate change, that cannot be solved by a profit-driven economic system, even those dreaming of a white Christmas are liable to be increasingly disappointed.

Under capitalism, the meaning of Christmas is shameless commercialism and rampant consumer spending, justified by appeals to higher values. But it is socialism, a system based on human need, that more properly embodies the “true meaning of Christmas”: concern for our fellow human beings, helping the poor and sick, peace and international solidarity. By taking the means of production out of the hands of the capitalist class and putting them into common ownership under democratic workers’ control, we can put society’s resources where they are most needed and build a future where the seasonal aspirations of the holiday can become a permanent reality.

“Why can’t every day be like Christmas?” Elvis Presley sang in 1966. “Why can’t that feeling go on endlessly? For if every day could be just like Christmas / What a wonderful world this would be.” To make every day like Christmas, we ask our readers to contribute to the struggle for socialism. Instead of supporting charity, support working class solidarity. As Hugo Chavez was fond of saying, “The best way to end poverty is to give power to the poor!” 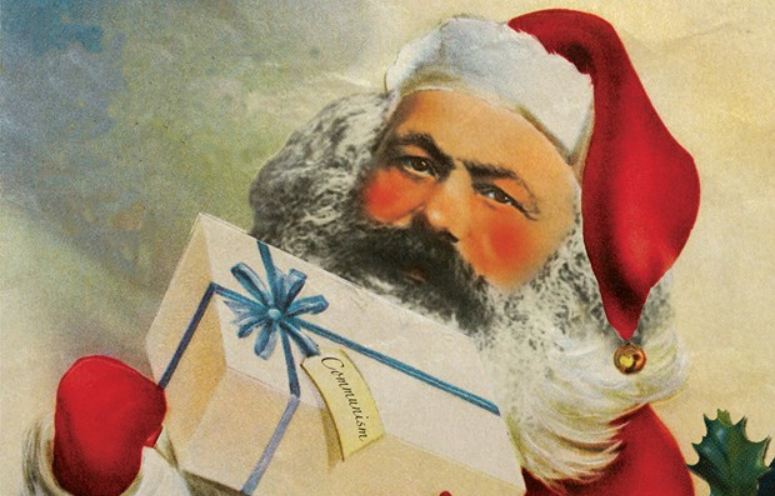 We are asking folks who want to see the strengthening of revolutionary and socialist organization in Canada to seriously consider taking out a “Solidarity subscription”. By contributing $10, $25, $50, or any other amount per month, you will recieve an ongoing delivery of Fightback/La Riposte socialiste and specials. To contribute, click the link below for options.