One Year Since The Death of Comrade Camilo Cahis 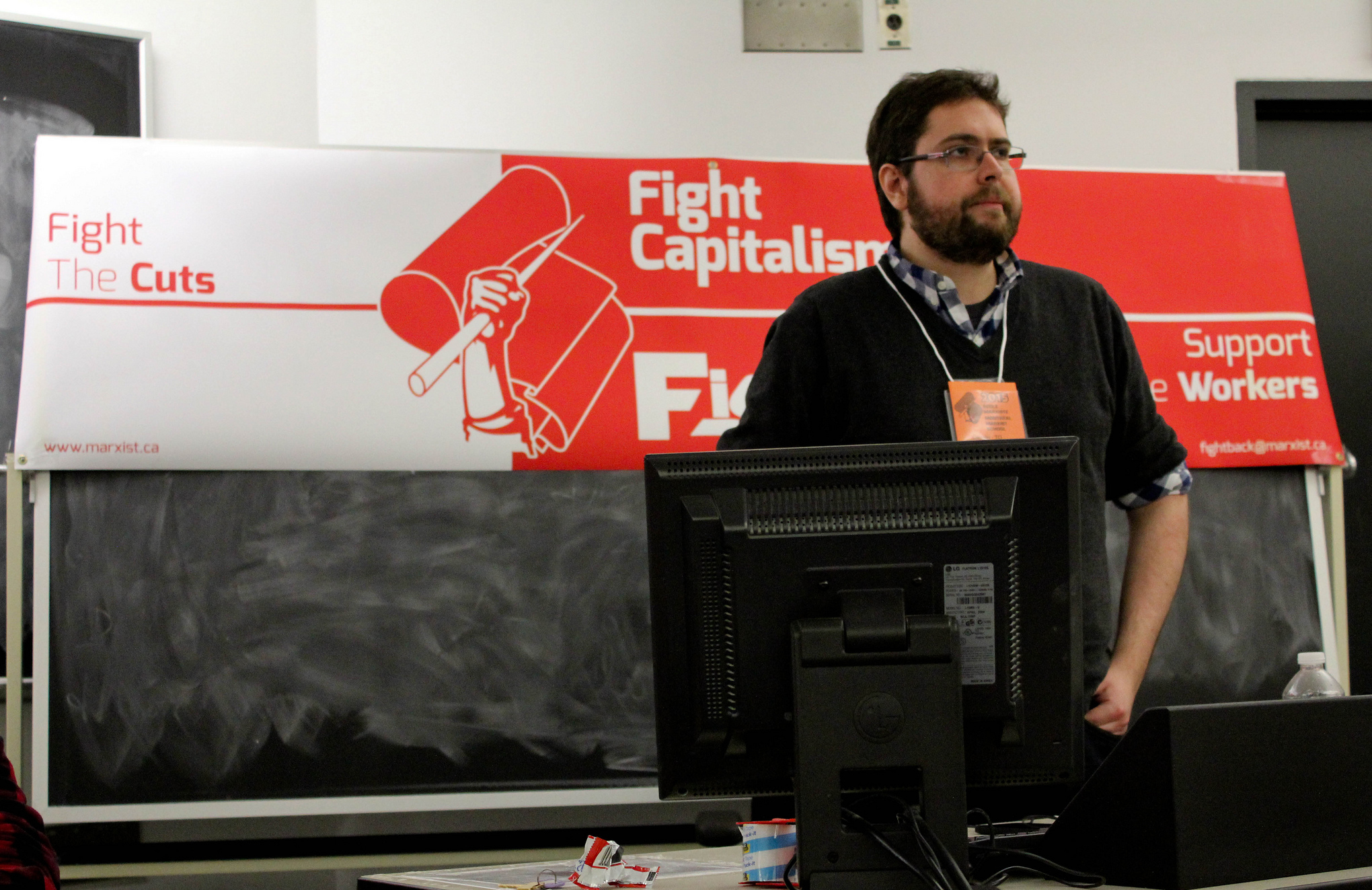 A year has passed since the death of our comrade, Camilo Cahis; a devastating loss to the revolutionary movement in Canada and internationally. Camilo spent his life fighting for the emancipation of the working class and oppressed. In particular, he dedicated a great deal of time and attention towards educating the youth in the ideas and methods of Marxism to prepare them for struggles ahead. We have taken what he has instilled in us and pushed forward with the fight for socialism, making significant advances in the past year. We have sustained our first national office for over one year, making it a permanent fixture in our organizational apparatus. We have had our most successful year building among students and youth and reached ever-wider layers with our ideas. We had our most successful Montreal Marxist Winter School this past February, with over 100 in attendance! There could be no better testament to Camilo’s life than that we are quickly becoming the largest and most organized Marxist force in the country. We are reprinting this article to commemorate his life and death.

The movement has lost a great fighter. Camilo Cahis, succumbed to mental illness early in the morning of Sunday 26th April, 2015. We, his comrades, are forever in his debt.

Camilo was a very gentle man, shy, unassuming, and humble. He was also fiercely intelligent and capable of pulling himself up into the role he had assumed as a leader of the Canadian section of the International Marxist Tendency. Sadly, not enough people knew his name or his role. He was sure to become an important figure in the struggles to come.

The fact that few outside the Marxists of Fightback and the International Marxist Tendency knew his name was not accidental. Camilo actively avoided the limelight. He assumed his role as a duty to the struggle of the working class and oppressed. He had a healthy contempt for personality and prestige politics, both in general and against individuals who he saw as more concerned for career, position, and ego, than the needs of the movement. I remember explaining to him that in the movement there are always individuals who become authoritative figures as a result of their pioneering work in building up the forces of Marxism and through their grasp of Marxist theory and their ability to transmit this to the movement as a whole, thereby helping the organisation to reach more workers and youth. But he did not see himself in this role, although in the Canadian section of the IMT he clearly did play such a role. Canadian politics could learn much from the humility and anti-careerism of Camilo Cahis. 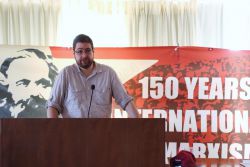 I first met Camilo in 2003 in Vancouver, during a strike of teaching assistants at the University of British Colombia. He had grown up in a family of Chilean revolutionaries escaped from the Pinochet dictatorship. The generation of Allende suffered from the scars of the historic defeat in 1973, but many of their children went on to play important roles in the struggle to this day. Camilo was one of these children.

He joined the UBC NDP club, and this is where we met him. To start, he was very sceptical of the Marxists. This was his habit. He was always very cautious and sceptical about new ideas and plans, only to become a fierce proponent once he had put the novel idea to a sufficiently rigorous test. It is said that sometimes revolutionaries are the most conservative people. This caused me no end of frustration over the years as he would initially resist new ideas I was passionately convinced of. However, I came to respect and even rely upon his caution, even if it took a few extra days to win him over. His caution often saved us from costly errors, or pointed out holes in a conception that was broadly correct but had weaknesses in details. 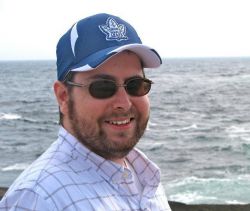 Camilo loved good wine, and was very knowledgeable due to his time working in a wine store. Unfortunately, his cellar suffered in later years, as the life of a professional revolutionary does not afford many luxuries. But occasionally he would bring out a bottle that was the perfect pairing or of amazing complexity. He loved to visit the Niagara region wineries and was very opinionated over the correct socialist policy of liquor distribution that would not destroy the small craft product he was so passionate about. Communists are not opposed to the good things in life; we merely believe that everybody should be able to have them. Camilo was proud of his Chilean heritage, and joked about his “nationalist deviation” of putting a Chile flag above his desk in Fightback’s new office. He also intended on adding a Toronto Maple Leafs [Toronto’s hockey team] flag and was the victim of many good-natured jokes about supporting lost causes. It was not clear whether he wanted the flag to support the perpetually losing team or to irritate our Montreal comrades, with their Montreal Canadiens team. Despite his dour demeanour, he would often giggle like a little kid when he came up with a new practical joke.

Camilo played a lead role in the international Hands Off Venezuela campaign and was responsible for defending the revolution on countless occasions while educating the workers and youth of the need for revolution not only in Latin America but also the West. He was fond of quoting Chavez, that the best way to support the Bolivarian revolution is to build the conditions for revolution at home.

I had the honour of working hand-in-hand with Camilo as my closest collaborator and comrade for the past 10 years, the last 5 as co-workers. He grew into the role day by day. His shyness initially presented barriers to public speaking, but his intelligence and understanding of the importance of the medium led him to become an insightful orator that left an impact with the audience.

Despite his experience, he had not stopped learning. If he had not been so cruelly taken from us, I am sure that he would have developed into a figure of singular importance. Sadly, we shall never know what he could have achieved. Ironically, his last article published before his death was also the most popular article on the www.marxist.ca website. His analysis of the Alberta working class on the eve of the election literally went viral in Alberta, reaching over 35,000 people. In this article Camilo explained how Alberta, Canada’s Texas, is not immune to the class struggle and fought against the elitist dismissal of the Alberta workers by activists in Ontario and Quebec. Now Alberta is facing a political earthquake. Camilo had intended on writing a post-election analysis, a task his comrades will have to pick up. It is a tribute to the man that he could be so productive at the same time as being so ill. 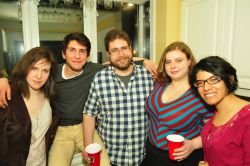 Camilo was responsible for many of the unglamorous tasks in the Fightback office. Without such tasks no serious organization can function. He edited articles, updated the website, laid out the paper, conducted voluminous correspondence, amongst other things. However, his most important and rewarding task was in the education of the youth in Marxist ideas. He had a knowledge beyond his years. If one thing can be taken from Camilo’s life, it is the need to dedicate oneself to the study and discussion of political theory as a means to emancipate the working class. This is directed especially to the youth.

The illness that took Camilo from us is becoming more and more prevalent with the crisis of capitalism. Suicide is a rising epidemic. Capitalism literally kills. However, it is wrong to apply this mass generalization to every individual, Camilo especially. It is necessary to talk about this to cut across the silence and stigma. He had fought mental illness for many years and had done everything right. He was seeing a counsellor weekly and was receiving medical help. Through politics he had a lively social circle of comrades who cared for him deeply. He was not despondent about the future, but was incredibly proud of what the Marxists had achieved in Canada and internationally. Fightback had just campaigned for and gained its first office, a big step forward. He was the lead author of our 2015 perspectives document that brims with confidence in revolution and the working class. We hope to make this traditionally unauthored document available soon as a tribute to Camilo. But he was also a very private man and terribly embarrassed about his illness. This embarrassment was needless. Some fight cancer to the end and succumb. Camilo fought depression to the end and was similarly overwhelmed by the disease despite his, and his friends, best efforts. 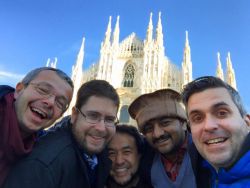 We hold comrade Camilo in our hearts as we continue the struggle he dedicated his too-short life to. It is too early to say, “don’t mourn, organize”, so we shall do both. Every struggle has its losses and this is the hardest loss we have had to face. We know we would not be where we are today without Camilo Cahis. A comrade in the struggle has fallen and we shall pick up his burden until the final day when it is the miserable capitalist system that we lay to rest.

Camilo, who was 33, is survived by a mother, a father, two brothers, and his revolutionary family in Canada and internationally. He was much loved and shall be missed to the very end.

Here is a list of articles for those who are unfamiliar with Camilo’s work:

As well, here are a few videos of Camilo speaking at public events: