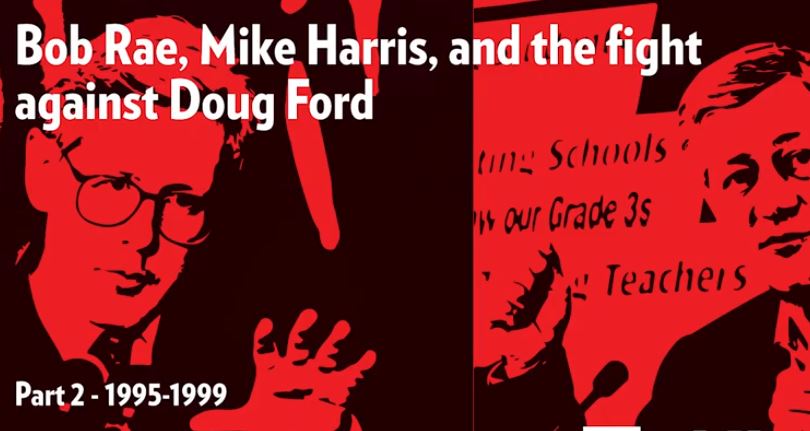 Those who do not learn from history are doomed to repeat it. The election of the right populist Doug Ford government in Ontario, and the CAQ government in Quebec, share similarities with the experience of class struggle in Ontario in the 1990s. In July of this year Fightback editor Alex Grant spoke on the lessons of the 1990s for the struggles of today. This is a forgotten history that needs to be reclaimed by the movement against the vitriol of the right wing, and the apologism of the reformists and labour bureaucrats.

In part two of his history of Ontario in the 1990s, Alex Grant details the experience of the fight against the Mike Harris Conservatives. In response to government poor bashing and massive attacks on organized labour, a series of citywide general strikes, the “Metro Days of Action,” were organized across Ontario. At its height this movement brought out more than one million workers in the 1996 Toronto general strike, and yet this event is almost totally forgotten today. This movement had the potential to bring down the Harris government, but it was sold out by the labour leadership and the opportunity was missed. Facing similar attacks today, militant workers and youth need to assimilate this history in order to build a new movement that does not commit the mistakes of its predecessors.