Youth in Crisis: Capitalism only gives youth a bleak future 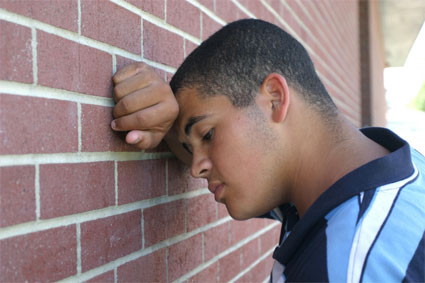 A bleak future awaits today’s youth as they are being forced to bear the brunt of the capitalist crisis despite having had nothing to do with its creation. Youth are facing challenges today that are unprecedented in history and they are living less stable and secure lives than previous generations. Indeed, youth today will likely never be able to afford the standard of living that their parents and grandparents were able to achieve; owning a home or vehicle is out of the question for a growing percentage of youth entering their adult lives. While record amounts of wealth is being accumulated in private hands, and billions of public dollars are being handed out for bailouts and tax cuts to the banks and corporations who are responsible for the crisis, our generation is expected to live with increasing barriers to accessing post-secondary education and with fewer opportunities for secure employment.

Tuition fees have more than doubled across Canada since the early 1990s; in Ontario, fees have risen by over 300%. Studies released by the Canadian Federation of Students show that average student debt has climbed to a crippling $40,000 – a number that prevents many working class and youth in low to middle income brackets from achieving post-secondary education. Those that do must struggle with the debt load for an average of 14 years after graduating.

A post-secondary education is associated with a better standard of living and higher earning. So, by imposing increasing barriers to accessing higher education, our government is condemning many youth to lives of poverty and struggle. Higher education provides youth with the knowledge and skills to be productive members of society and has become a necessity for achieving a decent standard of living. As such, it should be a universal right. It has, instead, become a privilege only attainable by those who can afford it.

This is especially unacceptable upon consideration of a study called “The Big Banks’ Big Secret”, in which the Canadian Centre for Policy Alternatives reported that total banking executive bonuses amounted to $9.3-billion in 2011. (This was also after the Canadian banks received $114-billion in public bailouts during the 2008-2010 recession, never to be repaid to the public.) It would only cost $8-billion per year to completely eliminate tuition fees – a small fraction of what is spent on banks or the military.

After burying themselves in debt with hopes of securing a good career, youth are also robbed of opportunities that were once enjoyed by previous generations’ youth. A recent report by the Community Foundations of Canada (CFC) entitled, “#GenerationFlux: Understanding the Seismic Shifts that are Shaking Canada’s Youth”, found that in Canada, one-third of 25 to 29-year-olds with a college diploma or university degree move into low-skilled occupations after graduation, which demonstrates that the labour market offers little hope of a financially secure future for youth today, despite earning a post-secondary education.

Youth are being hit hard by the crisis of capitalism through their increasingly dismal rate of unemployment. The CFC report on youth highlights some unnerving statistics of youth unemployment, which is currently double that of the overall national average — 14.8% versus 7.2% as of June, 2012.  During the economic downturn of 2007-08, approximately 229,500 jobs disappeared among youth aged 15 to 24. This number accounts for 50% of job losses while youth makes up only 16% of the labour force. Today, there are still 250,000 fewer jobs for youth than there were during the pre-recession peak. The CFC report also found that available summer jobs in 2012 reached a record low over the last 35 years, making it extremely difficult for youth to save money for tuition, make debt payments, or afford housing and costs of living. When youth are able to find employment, it is more likely part-time, precarious labour with lower pay and fewer or no benefits compared to older generations of workers. Additionally, as older workers see their benefits and pensions being eroded, they are more likely to retire later, or retire as intended and take on part-time jobs that would have otherwise gone to younger workers – again, creating less room for newer generations to enter the workforce. Another report prepared by the Canadian Centre for Policy Alternatives cites longitudinal studies that show that youth who experience long spells of unemployment or underemployment in precarious low-paid jobs, struggle to “catch up” with older generations and face persistently lower earnings. That means that the impacts of youth unemployment will follow them through adulthood. Globally, this situation is even more troubling; in a recent study called, “Global Employment Trends for Youth 2012”, the International Labour Organization reported that 75-million young people worldwide are unemployed with youth unemployment reaching over 50% in countries such as Greece and Spain. The movements of these youth to resist their declining living standards have been met with brutal state repression. The criminalisation of poverty and dissent has become the norm.

While we’re told there is no money to fund things like free post-secondary education, the federal penitentiary budget more than doubled from 2009/10 to 2011/12. The Harper government’s, “Safe Streets and Communities Act”, which includes mandatory sentencing for drug possession and adult sentencing for juvenile offenders, will see a disgusting increase in the criminalization of youth in Canada, particularly marginalised youth living in poverty. It costs $147,467 per year to jail one federal prisoner – more than enough to send that one individual to college or university, fund their wages, and provide them with housing for a year. Yet, citizens are continuously made to accept cuts to the programs and services that are proven to keep people out of jail. It would seem that our so-called “representatives” and policy-makers are drunk on the job, but there are explicit benefits for the ruling class to keep our generation in debt and unemployment: The reaping of interest on student debt is a lucrative business. The unemployment and competition among workers it perpetuates serves to keep wages low and means there are more youth willing to work precarious, part-time jobs without benefits so that the bosses can secure higher profits.

It must be noted that this time around we are not hearing the classic promises of the capitalist soothsayers that “things will get better soon”. Rather, bourgeois economists such as Don Drummond, the former chief economist of TD Bank, are forecasting long-term economic turmoil and prescribing extensive austerity measures as the only solution.

The situation can seem hopeless on the surface but instead of despairing, youth must look to their past successes and to their potential as a generation to organise ourselves and reclaim their future. Youth in Canada and around the world have shown their fighting capacity and have historically been the first to move and spark social change. The Occupy movement demonstrated the increasing radicalisation of youth who are outraged at the growing inequality in society and their willingness to take to the streets to have their voices heard. The courageous student movement in Quebec defeated the Charest government and proved that if we organize ourselves, we can fight an austerity government. In order for these movements to have significant impacts on a national and global scale, youth must draw the broader working class into the struggle and put forth socialist demands.

The erosion of collective bargaining rights and the attacks on workers’ wages and benefits that we have been seeing in the past years are inevitable outcomes of the capitalist system as it must squeeze every drop out of the workers to sustain itself when it is in crisis; this is a mere glimpse of what can be expected in the future.  A democratically planned economy in the interest of society must replace the current system of private profit and greed. There is no future for today’s youth and generations to come under capitalism; this is a call to all youth to unite in the fight for socialism!

Jessica is a social work student at Toronto’s Ryerson University.